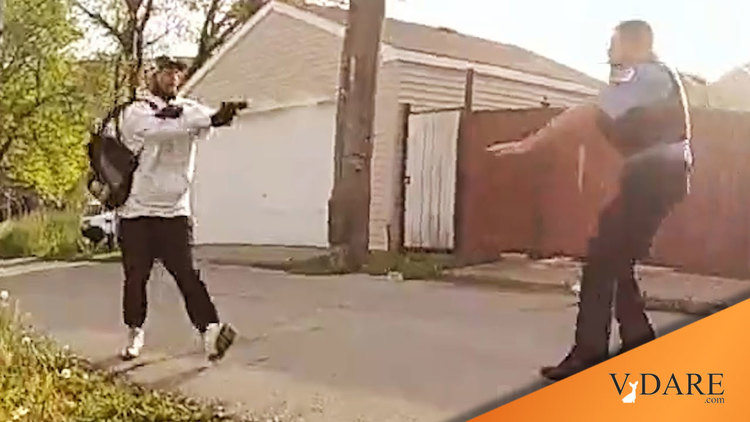 In Chicago on May 16, Shotspotter heard gunfire. The cops saw a man walking down the street carrying a handgun. Two officers walked behind him for several minutes calling to him to drop the gun.

Then another patrol car arrived in front of the walker. Then this happened:

Incredible video shows how quickly an armed confrontation can go south. Two @Chicago_Police officers, including the one who's wearing the camera that filmed this video, were shot. So was the gunman. All survived. You can see all the bodycam video here.

He may not be black, so he’s unlikely to become another BLM martyr.