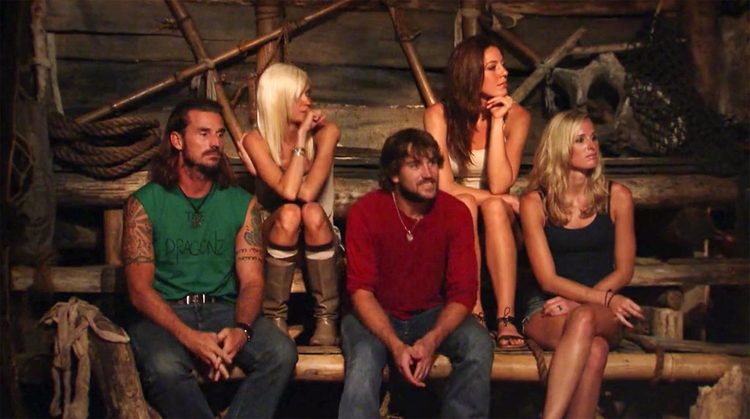 Why not just stop casting white people in scripted and unscripted (reality) programming? Wouldn’t this immediately introduce all of the diversity necessary to overcome decade after unfortunate decade of whiteness on network television?

Following criticism from past contestants, shows like Survivor, Big Brother, and Love Islandwill include at least 50 percent people of color in their casts moving forward.

CBS announced a new diversity pledge Monday that will have a visible impact on its staple of reality shows: All future casts will contain at least 50 percent Black, indigenous and people of color.

That means hits like Survivor, Big Brother,and Love Island will be far more diverse starting with the 2021-2022 season.

“The reality TV genre is an area that’s especially underrepresented, and needs to be more inclusive across development, casting, production and all phases of storytelling,” said George Cheeks, president and chief executive officer for the CBS Entertainment Group. “As we strive to improve all of these creative aspects, the commitments announced today are important first steps in sourcing new voices to create content and further expanding the diversity in our unscripted programming, as well as on our network.”

The move follows several Survivor contestants speaking out about the lack of diversity in the long-running show’s cast.

Over the summer, contestants including Sean Rector (season 4, Survivor: Marquesas) and Jolanda Jones (season 10, Survivor: Palau) formed a group called The Black Survivor Alliance with the goal of “bringing light to our collective experience with implicit bias and racism on and off the show” and had a series of meetings with CBS executives and host and executive producer Jeff Probst about the show being more equitable and inclusive. The BSA was one of two groups of former Black contestants to hold meetings with the network and producers.

In an interview with EW,  Rector suggested his outspoken criticism of the show’s diversity issues was one reason he never appeared on the show again for one of its All-Stars seasons. “If you don’t think racism and implicit bias exists, tell me why [Survivor: Marquesas winner Vecepia Robinson] has been completely ignored and has NEVER received an inquiry call or invite to even play in a season with all previous winners?,” Rector wrote. “(Please miss me with the ‘she was boring or not great TV’ BS). Subsequently, ten seasons later, Earl Cole, a Black man, finally won and like my sis Vecepia and Marquesas, was largely ignored by showrunners … Television, specifically the Survivor franchise, has a responsibility and the power to represent a more just and equitable playing field as a benchmark of real progress for ALL people, and not some concession of perceived power or standing that had to be compromised by one group to another.”

Other contestants like Survivor: Edge of Extinction’s Julia Carter (season 38), Survivor: Cagayan’sJ’Tia Taylor (season 28) and Jones have likewise recently spoken out in Ross’ Quarantine Questionnaire series of interviews with past contestants. (Below, the cast of 2017’s Heroes vs. Healers vs. Hustlers).

“My edit, and that of so many other Black people, caused me to organize the BSA and move to end systematic racism on Survivor,” Jones says. “Of the seasons I watched, the one that makes me the saddest, makes me cry and breaks my heart, is season 14, where there were three Black players, Earl Cole, Cassandra Franklin, and Dreamz Herd, as the finalists. The systematic/systemic racism, implicit bias, and microaggressions shown throughout the editing but especially during the final Tribal were so hard to watch. The thickness of the racism could be cut with a knife … ‘diverse’ does not mean the majority of the cast is white with a mixture of other races.”

Added Carter: “Many people do not realize the impacts that [diversity] has on the game. When you truly diversify the cast (and I don’t mean just a sprinkle of each race in every season), you even the playing field and allow every castaway a real opportunity to connect with more individuals, find allies, and win the game. Seasons like Cook Islands and Fiji, in which there was racially equal casting, should be the norm, not the exceptions.”

Agreed Taylor: “Lazy, crazy, workhorse, and sidekick are the typical ways that Survivor portrays African Americans, which is disproportionally negative. We are heroes, nerds, beauties, and so much more in real life. And I’d like to see that on Survivor.”

Big Brother has likewise had controversies over racial issues over the years, particularly in 2019, due to remarks made by white contestants on the show.

Also, just in general, more than any other broadcaster CBS has come under fire in recent years for a lack of diversity. In 2017, for example, the network’s entire new fall lineup consisted of six scripted shows all staring men – five of which were white men.

Since then, the network has announced a series of changes both behind the scenes and in front of the camera, with this reality TV casting goal as the latest move. Over the summer, for example, CBS announced it will allocate a minimum of 25 percent of its future script development budgets to projects created or co-created by Black, indigenous and people of color (a goal that will also now apply to unscripted shows), and also set a target for its writers’ rooms to be staffed with a minimum of 40 percent of same (a goal which increases to 50 percent in 2022). The network’s scripted cast diversity has also improved with series such as Bob Hearts Abishola, The Neighborhood, All Rise, SWAT and FBI.

Cord cutting for streaming services is at record highs. What percentage of people cutting cable and abandoning network television for streaming services (and watching lily white reruns of their favorite shows from decades ago) are doing so because of intense diversity mandates across not just CBS, but every channel?

Diversity just means limiting white people’s access to a vocation or an avocation.