Question: Does the image below, showing the Koran draped with a flag, desecrate (a) the Koran? (b) the American Flag? 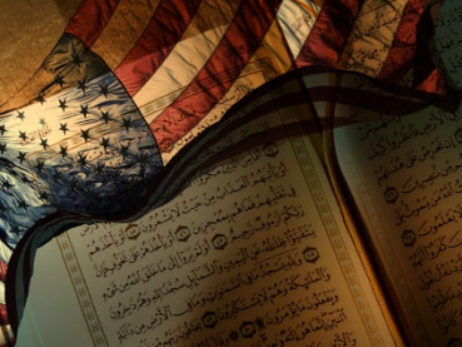 Answer: probably both, but people who respect the flag don't matter enough to the President to make him get on the phone about it.

But that may be OK as long as (a) the Koran is on top, and (b) it was only handled by a Muslim. Mark Steyn has pointed out that US guards at Gitmo are under orders to handle Korans only with gloves. "The reason for this is that the detainees regard infidels as "unclean." Fair enough, each to his own. But it's one thing for the Islamists to think infidels are unclean, quite another for the infidels to agree with them."