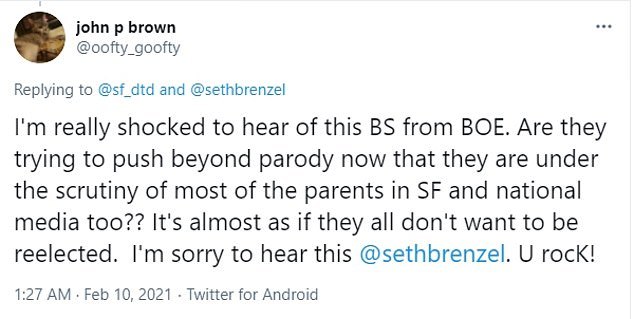 How extreme has the Diversity fixation become in liberal America?

The ideology has certainly gone over the edge when one of the nation’s most far left newspapers, the San Francisco Chronicle, criticizes the current expression of the belief. The occasion was a meeting of a parent committee that advises the city school board where it evaluated the diversity value of a gay man and found him deficient.

The article appeared on the front page of the February 14 edition of the Chron with the headline “To school board, gay dad isn’t diverse enough.” 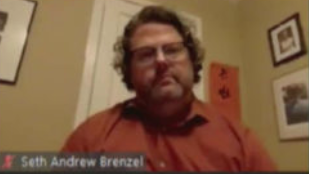 The members of the committee—three white, three Latina, two black and one Tongan—discussed the issue for two hours of admitting gay dad Seth Brenzel (pictured) to their group. Interestingly, even though Brenzel was present for the entire meeting, he was talked about but never was invited to speak on his own behalf.

More than 200 readers of the Chronicle article commented, with many sounding unimpressed with the behavior of the board members.

The Chronicle article compared the meeting to the TV show Portlandia which portrays “liberalism gone to ludicrous extremes.”

Here’s a clip that shows how Diversity is a strong value in Portlandia:

A Daily Mail article about the school board issue reminded readers that the San Francisco education establishment voted last month to change the names of one-third of the city’s schools, including high schools named after George Washington and Abraham Lincoln. The two presidents are now considered insufficiently virtuous according to modern woke standards.

A gay dad volunteers for one of eight open slots on a parent committee that advises the school board. All of the 10 current members are straight moms. Three are white. Three are Latina. Two are Black. One is Tongan. They all want the dad to join them.

The seven school board members talk for two hours about whether the dad brings enough diversity. Yes, he’d be the only man. And the only LGBTQ representative. But he’d be the fourth white person in a district where 15% of students are white.

The gay dad never utters a single word. The board members do not ask the dad a single question before declining to approve him for the committee. They say they’ll consider allowing him to volunteer if he comes back with a slate of more diverse candidates, ideally including an Arab parent, a Native American parent, a Vietnamese parent and a Chinese parent who doesn’t speak English.

Was this an episode of “Portlandia,” the TV satire about liberalism gone to ludicrous extremes? No, it was just another Tuesday night at the San Francisco Board of Education, a group that would provide great entertainment if the consequences weren’t so serious.

Parents teach their children to treat everyone fairly. To not be rude. To listen more than speak. To do research before forming opinions. To not waste other people’s time. To focus on what’s important. To acknowledge mistakes. It’s too bad school board members haven’t learned these lessons over the past dreadful year of distance learning for the more than 52,000 children in their charge.

“What’s wrong with these people? They’re committing political malpractice and educational malpractice seemingly at every meeting,” said Supervisor Rafael Mandelman, a gay man who represents the Castro and said he’s heard repeatedly about gay students in city schools facing bullying and discrimination. “But we don’t want someone queer with an actual seat at the table?”

The Alice B. Toklas LGBTQ Democratic Club on Friday slammed the board for its “misguided fumbling towards a goal of diversity.”

The person who was perhaps the most stunned was Seth Brenzel, the gay dad whose daughter is a fourth-grader at Glen Park Elementary. “At any moment, I expected a commissioner to address me,” he said, “because there I was.”

Knowing his face was beamed live across the city on Zoom, Brenzel kept a neutral expression as the board discussed his race, gender and sexual orientation — and whether they were a worthy mix for the Parent Advisory Council.

“I thought maybe somebody would ask me a question. Like, ‘Hey, Seth, why do you want to be a member of the PAC?’ Or, ‘Hey, Seth, can you tell me about your volunteering in the district?’” he said. “None of that happened.” (Continues)