California Got a Load of New Laws in 2013 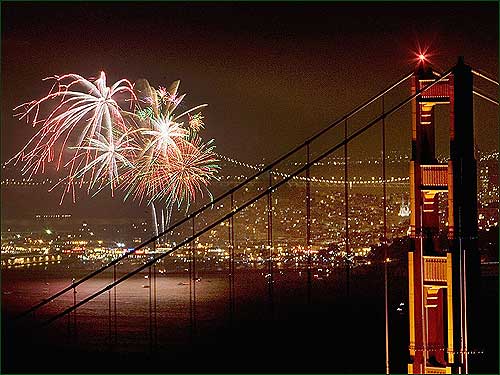 With the New Year, a pile of new law comes into effect, and the Golden State has almost exactly its share. Nationally, the states passed 40,000 bills into law and California’s new batch of 805 is pretty close to 1/50 of that number.

Nobody would accuse California of having a do-nothing legislature: the state’s Democratic lawmakers were busy bees last year, cranking out an assortment of items from the uber-liberal playbook. Governor Jerry Brown approved most, by signing 805 bills into law, while vetoing 96 in 2013.

This being Mexifornia, illegal aliens made out like bandits. An AP story dedicated a whole section of a recent article to the new laws benefiting them.

It is a crime for employers to report workers to immigration authorities in retaliation for work-related complaints and for anyone to extort money from those in the country illegally by threatening to report their legal status.

Immigrants who are not U.S. citizens can assist voters casting a ballot, and lawyers who are in the country illegally can be licensed to practice law.

A law granting immigrants who are in the country illegally the right to a driver’s license will take effect in 2015. [. . .]

Sacramento — California will begin 2014 with more than 800 new laws, many of which take effect New Year’s Day. The added laws run the gamut, from the controversial – such as gun-control measures and protections for transgender and undocumented people – to the lesser known about teen texting and home improvement requirements.

Some of the most talked about laws have delayed implementations, such as the $1-per-hour increase to the minimum wage that begins July 1, or new regulations allowing undocumented immigrants to apply for driver’s licenses by Jan. 1, 2015.

Gun control: Eleven new gun-control laws were signed into law in 2013, including a ban on the manufacturing or sale of large-capacity magazine conversion kits. Possession of large-capacity magazines will be banned under that law beginning July 1.
?
Lead bullets: A controversial law banning lead hunting ammunition will be phased in statewide by 2019 in an effort to protect wildlife from ingesting the toxic metal.

Trust Act: State and local law enforcement agencies will no longer be allowed to detain undocumented residents solely based on their immigration status, unless they have been convicted or charged with serious or violent crimes.

Domestic workers: Nannies and caregivers will receive overtime pay for working more than nine hours a day or 45 hours a week under a law billed as the Domestic Workers Bill of Rights.

Transgender rights: Students will be allowed to participate in school sports and use the bathroom consistent with their gender identity, regardless of what is listed on their birth certificate. However, the law could be suspended next week if a group called Privacy for All Students has enough signatures validated to put the issue on the November ballot.

Name changes: Transgender people will find it easier and less expensive to legally change their names and identity documents so that they reflect their gender identity. The new law creates an optional administrative procedure for a transgender person born in California to amend their birth certificate without obtaining a court order or publishing their name change in a local newspaper, as currently required.

Minimum wage: Minimum-wage workers will see their hourly pay rise from $8 to $9 beginning July 1, with another $1-per-hour increase in 2016.

Abortion access: Nurse practitioners, certified nurse midwives and physician assistants will be allowed to perform first trimester abortions under a bill to expand access for women seeking the procedure.

Juvenile offenders: Minors prosecuted and convicted as adults for serious crimes will be given a second chance at freedom under a new parole hearing process that allows their cases to be reviewed after serving at least 15 years of their prison sentence.

Wrongful convictions: Those wrongfully convicted in California will find it easier and less expensive to pursue a claim for compensation. Under state law, those who have been exonerated are eligible for $100 for each day they were incarcerated.

Taped confessions: Law enforcement officials will be required to videotape key interviews with minors accused of homicide in hopes of preventing coerced confessions.

Past crimes: State and local governments will no longer ask job applicants on initial applications about past criminal convictions until determining whether the person meets minimum qualifications. The law takes effect July 1 and exempts some agencies, such as law enforcement.

Undocumented drivers: The Department of Motor Vehicles is drafting new regulations and preparing to process applications from undocumented immigrants eligible to drive on California roadways sometime on or before Jan. 1, 2015. The DMV estimates 1.4 million undocumented immigrants could apply for driver’s licenses over the next three years once the program is implemented.

Undocumented lawyers: The state’s high court can license qualified lawyers regardless of their immigration status.

Teen texters: Anyone under 18 years of age can no longer use hands-free technology to send or receive text messages while driving. Texting the old-fashioned way was outlawed in 2009.

Home fixes: Homeowners whose properties were built before 1994 will be required to install water-conserving plumbing fixtures, such as toilets or faucets, as a condition for receiving a building permit this year for construction on single-family homes. Senate Bill 407 was passed in 2009, but parts related to single-family homes go into effect Wednesday.

Shutterbugs: Paparazzi will have new restrictions for photographing the children of celebrities under a law that expands the current antiharassment protections to include recording or photographing a child without consent in a way that causes substantial emotional distress.

Big cats: Mountain lions will receive additional protections requiring California Department of Fish and Wildlife wardens to relocate the animals and use lethal measures only when immediate death or harm is anticipated. The law was signed in response to outrage in Half Moon Bay in 2012 when wardens shot two orphaned 4-month-old mountain lion cubs.

Drilling rules: California will begin developing rules to regulate the oil drilling method known as hydraulic fracturing, or fracking, and study its risks. The measure drew opposition from oil companies and divided environmentalists, some of whom demanded a fracking moratorium. The rules and regulations are required to be adopted by Jan. 1, 2015.

Urban farming: Owners of vacant or blighted properties can be given a tax break for allowing farming on their land if the property is solely used for agriculture in an urban area with a population of 250,000 or more.