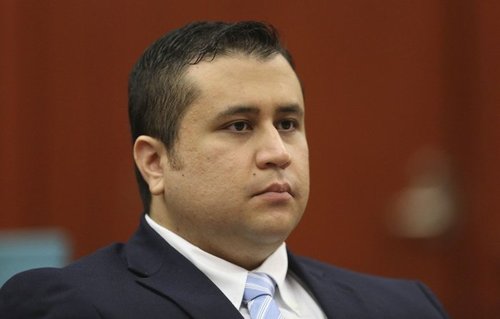 With Attorney General Eric Holder on the way out, the responsible adults within the Department of Justice are starting to quietly dispose of some of Holder’s grandstanding hobbyhorses. From the Washington Post:

The Justice Department is not expected to bring civil rights charges against George Zimmerman in the 2012 shooting death of Trayvon Martin, according to three law enforcement officials, despite allegations that the killing was racially motivated.

The federal investigation of Zimmerman was opened two years ago by the department’s civil rights division, but officials said there is insufficient evidence to bring federal charges. The investigation technically remains open, but it is all but certain the department will close it. …

Zimmerman was acquitted of second-degree murder and manslaughter in a state trial in Sanford, Fla., last year. Even so, civil rights and African American organizations urged Attorney General Eric H. Holder Jr. to bring a federal civil rights case against him.

On Wednesday, a spokeswoman for the Justice Department said the investigation “is active and ongoing.” …

“Trayvon’s parents continue to hope and pray for justice, and they won’t have any comments until they hear officially from the Justice Department,” said Benjamin Crump, who also represents the family of 18-year-old Michael Brown, whose shooting by a police officer in Ferguson, Mo., in August also prompted a public outcry. …

At a news conference last month to announce an investigation into the Ferguson police department, Holder was asked about the lingering civil rights probe into the Martin homicide.

“That investigation’s ongoing,” he told reporters. “There are active steps that we are still in the process of taking. There are witnesses who we want to speak to as a result of some recent developments.”

Two law enforcement officials said federal investigators wanted to look at a computer belonging to Zimmerman that had not been examined for the state trial in Florida.

One official with knowledge of the case said it was highly unlikely that the computer would have any evidence indicating that when Zimmerman fatally shot Martin he acted with the intent to deprive Martin of his civil rights.

Federal officials have privately said all along that a civil rights case against Zimmerman would be hard to prove.

When the Administration and the media see themselves as one big team, you get a lot of this kind of Narrative Maintenance. As you’ll recall, Zimmerman’s trial in 2013 was a fiasco followed by a quick unanimous acquittal. That should have been a moment for a National Day of Reflection and Shame over these moral panics leading to witch hunts against white racists like George Zimmerman Mesa, but the Obama Administration was able to blur the humiliation by announcing a civil rights investigation of the acquitted man, even though it was obvious to skeptics that it didn’t have a leg to stand on.