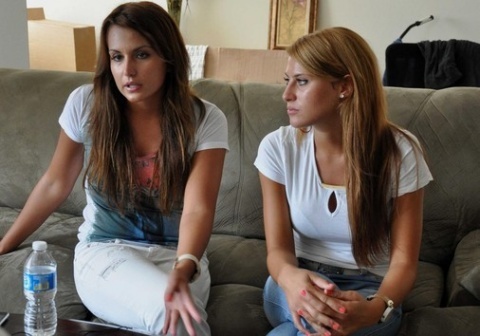 In a post about Ralitsa Dzhambazova, left, and Vanya Samokovareva, two immigrant girls who were victimized by their landlord, who put hidden cameras in their apartment, including the bedroom and bathroom, Federale says "The issue for this blog being not their hotness, but their illegal alienness."

But I thought I'd include a legitimate news photo of them so you could judge for yourself. 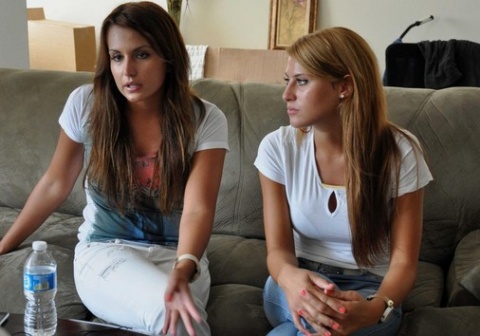 "Mlles Dzhambazova and Samkovareva are, unfortunately, apparently here as illegal aliens. We are told that they first came to a pre-arranged employment and study program; from the fact apparently on J-1 Exchange Visitors. But they appear to have ditched the plebian employment for something more in tune with their hotness, modeling. Which, in the end, did not work out. And are now at Wing Stop, but with their hotness why aren't they at Hooters? Perhaps Hooters uses E-Verify, because apparently Wing House does not, as the young hotties cannot change employers as they did under the J-1 program and their employment authorization does not cover working at Wing House of Tampa. It certainly does not cover "modeling.""