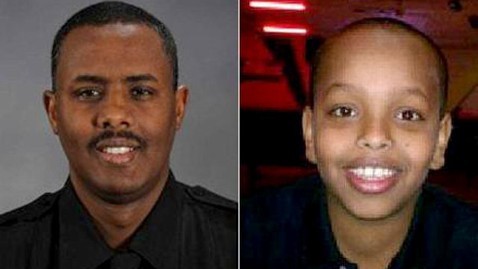 This crime is particularly disturbing since the 10-year-old victim had called the police on at least two occasions asking to be protected from his violent stepfather, Somali refugee Ali Mohamad Mohamud.

You have to wonder whether police were too politically correct to intervene in a Somali family matter. When diversity is in play, authorities are sometimes afraid to act properly because they might be accused of racism and insensitivity toward tribal behavior.

Somalis have stubbornly resisted assimilation more than most other immigrant groups. Furthermore, Ayaan Hirsi Ali’s books about growing up Somali made clear that violence in families was a social norm. 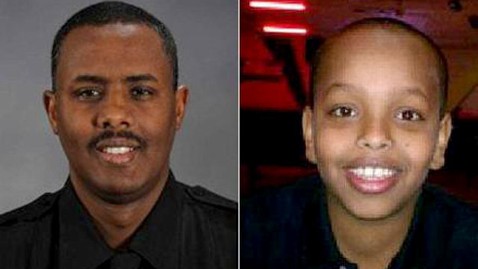 On April 17, the stepfather tied up 10-year-old Abdifatah Mohamud, stuffed a sock in his mouth and struck him 70 times with a rolling pin.

The dead boy was described by teachers as a bright kid and a star in the fifth grade. He was certainly smart enough to phone 911 twice to complain of abuse to police, but he got no help. Just hours before the beating death, a neighbor recalled the boy running down the street, trying to escape his stepfather.

Interestingly, the 40-year-old Somali refugee stepdad worked as a security guard for the Buffalo newspaper where he got mostly positive reviews from the astute reporters ( News employees try to reconcile friendly guard with suspected killer).

Police are investigating the death of a 10-year-old New York boy who had called 911 to report abuse several times over the past two years before his stepfather allegedly beat him to death last week.

On the night of April 17, Ali Mohamad Mohamud tied up his stepson Abdifatah Mohamud, stuffed a sock in his mouth, covered it with duct tape and then beat the boy to death, Buffalo, N.Y., police told ABC News affiliate WKBW.

An autopsy showed that the fifth grader died after being hit more than 70 times with a rolling pin.

Mohamud was arrested and is now facing second-degree murder charges, police told ABCNews.com. He is being held in jail while he waits for a grand jury date to be set.

Since then, it has been revealed that Ali had made at least two phone calls to 911 to report that his Somali stepfather was hurting him, according to WKBW.

“Last week, the police commissioner opened up an internal investigation into the police involvement regarding this case, given the tragic nature of the death and the great public concern,” Buffalo Police spokesman Mike DeGeorge told ABCNews.com.

“You have a 10-year-old boy tragically beaten to death, apparently at the hands of his stepdad,” he said. “There’s grief in the community, there’s sadness it the community and then there is the [question]: Could anything have been done to prevent this type of tragedy?”

Since the investigation is ongoing, DeGeorge said he could not disclose details, but he confirmed that there have been “seven or eight” 911 calls placed from the boy’s house since 2010.

He said four or five of those calls were for triggered alarms, one was for a street sign that fell in front of the house, one was a hang-up and two were for family disputes, including the fatal one.

Ali was a fifth-grader at Buffalo’s International Preparatory School, but officials there said they never suspected anything was wrong.

“He was just the star of the school. He was a great little guy,” Principal Kevin Eberle told ABCNews.com. “It’s been a tragic week. From the school’s end, there were no signs of it.”

This was Ali’s first year at the school where the principal said there is a tight bond between teachers and students.

“Academically, he was just a great kid in the classroom. His grades were great,” Eberle said. “It was a shock to the whole system. It was devastating for us.”

Eberle feared that other children could be suffering similarly and he hoped the community would come together to try to prevent this type of tragedy from happening again.

“Stop the madness here,” he said. “This is an awakening for the whole community to really come together and say, what do we do from this point forward to make sure this tragedy doesn’t happen again?”