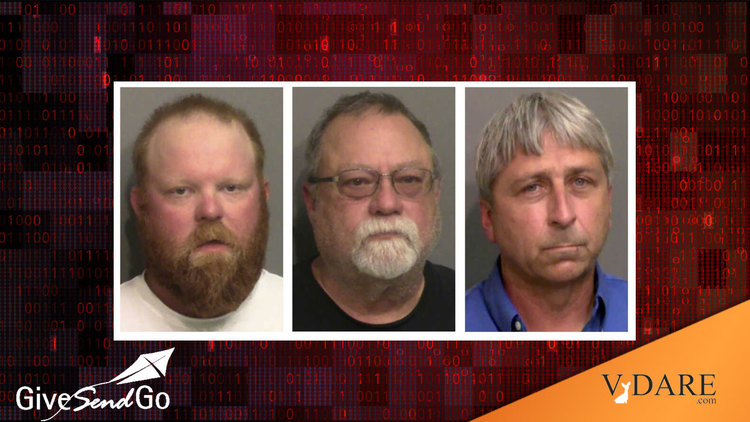 On Twitter last week and then again in Friday's Radio Derb I urged listeners to donate to the appeals fund for the Brunswick Three set up by Leigh McMichael. The funding website was givesendgo.com/McMichaeldefense.

The entire GiveSendGo site has since been hacked, apparently as a side effect of the trucker demos, who were also being funded through it.  Anonymous donors have been doxxed by the hackers.

This looks to me like a regime job, perhaps the U.S. Justice Department augmenting their files of counter-revolutionary saboteurs. It's tough on the Three, though. These poor devils just can't catch a break.