Breitbart News has fired writer Katie McHugh for a tweet that openly, and boldly, told the truth:

There would be no deadly terror attacks in the U.K. if Muslims didn’t live there. #LondonBridge 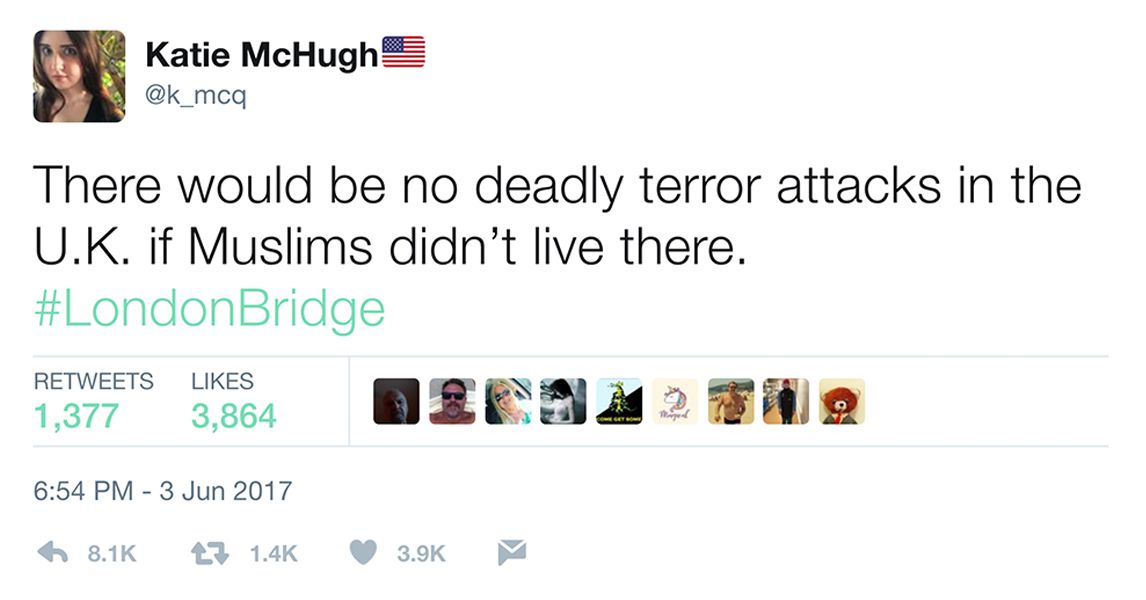 How, inquiring minds want to know, is this "appalling," as a Breitbart leaker told CNN.

Meanwhile, leftists on Twitter piled on and say McHugh deserves to be jobless because she openly says what Breitbart advocates with somewhat more subtlety.

Of course, neocon John Pohoretz — known as John Normanson in some circles because of his famous neocon father, the author of "My Negro Problem and Ours" — equated McHugh to a Nazi.

Man would I like to read a Katie McHugh profile. There don't seem to be any. Maybe she's in the 30 under 30 issue of Der Sturmer.

To help McHugh get through tough times financially, you can send money here.