Breaking News: Report Says that Freddie Gray Had Just Had Spinal and Neck Surgery One Week Earlier, and was Supposed to be Off His Feet! 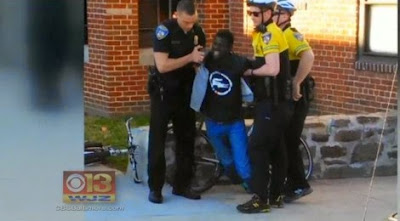 The arrest of Freddie Gray

The following report is from a source I had never heard of before today. Thus, although it claims that its report is “confirmed,” it isn’t confirmed in my book. And yet, the report is too explosive to ignore.

If you saw the video of Gray’s arrest, he was in extreme pain, when the cops put him in the paddy wagon. That circumstances has been used to condemn the police for not summoning medical help at the scene, in alternation with condemnation for police supposedly killing Gray from the ride in the paddy wagon.

CONFIRMED: Court records show Freddie Gray was receiving a structured settlement from Allstate Insurance and attempted to convert it into one lump sum in early March

EXCLUSIVE: The Fourth Estate has learned that Freddie Gray’s life-ending injuries to his spine may have possibly been the result of spinal and neck surgery that he allegedly received a week before he was arrested, not from rough excessively rough treatment or abuse from police.

The Fourth Estate has contacted sources who allege that Freddie Gray received spinal and neck surgery a week before we was arrested, and was allegedly receiving a large structured settlement from Allstate Insurance. The surgery is allegedly related to a car accident in which Gray was involved.

Sources allege that Gray also attempted to refinance his structured settlement into one lump sum payment through Peachtree Funding.

If this is true, then it is possible that Gray’s spinal injury resulting from his encounter with the Baltimore Police was not the result of rough-handling or abuse, but rather a freak accident that occurred when Gray should have been at home resting, not selling drugs. 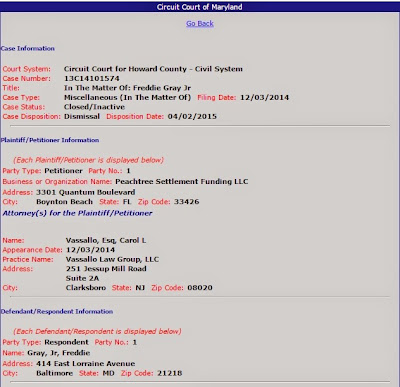 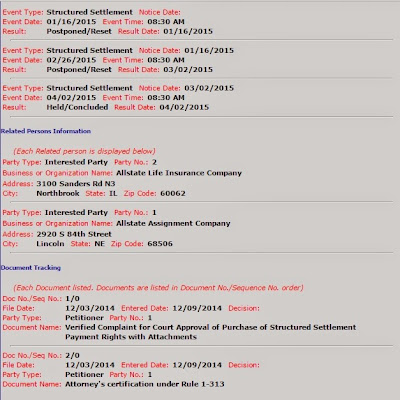 It is reasonable to believe that the injuries Gray suffered after the arrest were not related to the police’s treatment of him at all. Spinal and neck surgery is a large ordeal, and doctors advise weeks of bed rest and taking it easy in order to not rupture the patient’s recently fused spine.

Freddy [sic] Gray decided to go out and start selling drugs again instead of healing properly. The police didn’t mistreat him at all; he mistreated himself.