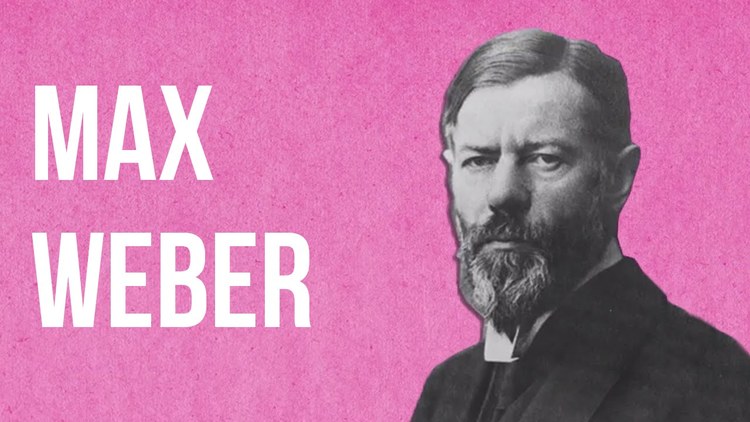 Timothy Noah reveals at MSNBC the shocking news that Dave Brat has been actively engaged with the intellectual heritage of Max Weber:

Washington insiders aren’t the only ones asking “Who is David Brat?” after his unexpected primary victory Tuesday night over House Majority Leader Eric Cantor. His fellow economists are also unsure what to make of the college professor.

Brat chairs the economics department at Randolph-Macon College, and has an extensive curriculum vitae documenting two decades of academic research. But none of that research has appeared in any mainstream economic journals that reach a national audience, and little if any of his published work is peer-reviewed.

A sampling of Brat’s work reveals a preoccupation with translating Max Weber’s theory of the Protestant work ethic into quantitative economics. In his 1905 book “The Protestant Ethic and the Spirit of Capitalism,” Weber traced the evolution of capitalism back to the Protestant Reformation, and particularly to the Calvinism that thrived in Northern Europe. More than a century ago, Weber concluded that the religious content had drained away from the Protestant ethic. Brat appears to reject that conclusion, arguing that Protestant faith continues to animate economic growth.…

“I have no idea what to make of all that,” Jared Bernstein of Washington’s Center on Budget and Policy Priorities said in an e-mail. …

“I am happy to believe that institutions matter a lot,” Georgetown economist Harry Holzer e-mailed me, “and that religion might matter too. But his statistical models are very simple-minded … In these small-sample regressions, how do we know that religion or the other variables are really ‘exogenous’ and not just correlated with other characteristics of countries that are doing well? If Christianity is so crucial, what explains the explosion of growth in China, India and other Asian countries (did they experience an explosion of Christianity that I missed)?”

“He seems like a guy working very hard to impose his belief system on the data,” Holzer elaborated in a phone interview. “A good journal is not going to publish the kind of statistical work he did because it’s so low in quality.”

A Weberian Congressman? What is the world coming to?

For example, here’s an excerpt from the Wikipedia article on Weber proving that the pioneering sociologist was too dimwitted to understand when Junker plantation landlords explained that they had to import immigrant laborers or … the crops would be rotting in the fields:

n 1890 the Verein established a research program to examine "the Polish question" or Ostflucht: the influx of Polish farm workers into eastern Germany as local labourers migrated to Germany's rapidly industrialising cities.[4] Weber was put in charge of the study and wrote a large part of the final report,[4][22] which generated considerable attention and controversy and marked the beginning of Weber's renown as a social scientist.[4] From 1893 to 1899 Weber was a member of the Alldeutscher Verband (Pan-German League), an organisation that campaigned against the influx of the Polish workers; the degree of Weber's support for the Germanisation of Poles and similar nationalist policies is still debated by modern scholars.[24][25] In some of his work, in particular his provocative lecture on "The Nation State and Economic Policy" delivered in 1895, Weber criticises the immigration of Poles and blames the Junker class for perpetuating Slavic immigration to serve their selfish interests.[26]

If Weber was so braindead he couldn’t grasp the inarguable logic of crops-rotting-in-the-fields, how can we expect Brat to have a high enough IQ to understand that the reason Democrats are pushing “immigration reform” is to help their beloved Republican colleagues win more elections?

Marco Rubio: High IQ Republican who, unlike Weber and Brat, gets it that the crops are rotting in the fields.