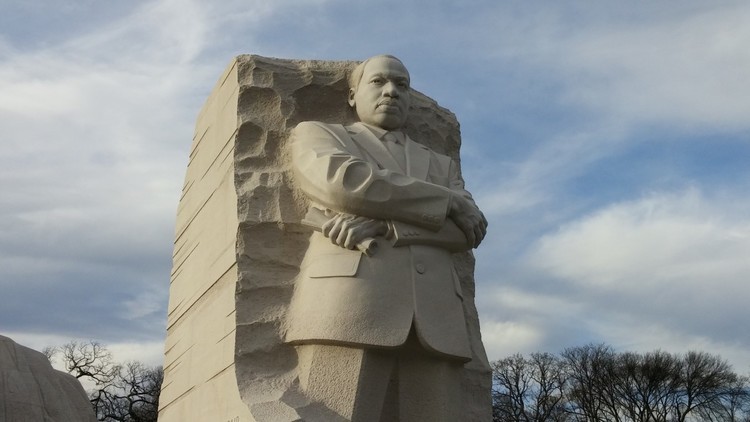 Brainwashing On King Is Complete

In a story about a National Park Service historian who works at the Martin Luther King Memorial, The Washington Post reports that the brainwashing of Americans on this man is complete.

Sherron Goffigan, 36, arrived at the memorial with nine of his classmates from a military school in Petersburg, Va. “We just wanted to stand around the monument ,” Goffigan said, “and just reflect on his legacy and the things that he has done — not just for African Americans but for people in general.”

People sometimes use the King holiday as a day off work, Goffigan said. “I tear up when I think about his life. This was one of the greatest men who has lived on this planet. He gave his all for people, and somebody took his life away and cut him short.”[ A keeper of Martin Luther King’s legacy, by By DeNeen L. Brown , January 17, 2016]

So King is one of the “great men who has lived on this planet?” Seriously?

I’m unsure about the age of this person who attended the event with "classmates" (it’s probably a typo), but disagreeing with such a sentiment would undoubtedly call down an anathema from the powers that be.