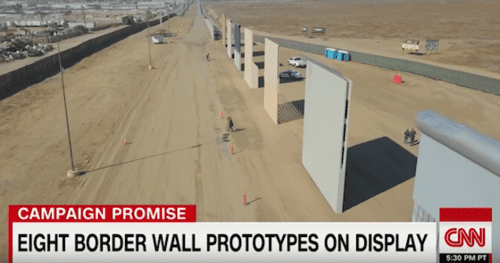 President Trump is currently threatening to shut the government over the lack of wall funding. That’s not a radical strategy: a border wall is central to ending immigration anarchy as both a signal of seriousness and a true physical block to slow or stop invaders as other assets are brought to bear. A robust system would also include universal E-Verify to prevent the ubiquitous job theft that attract unlawful foreigners. E-Verify would nail many of the visa overstayers who are half of the illegal alien population.

Border Patrol union chief Brandon Judd wrote an opinion piece recently stating that a “big beautiful wall” is the “only humane and permanent solution to the crisis at the border.” 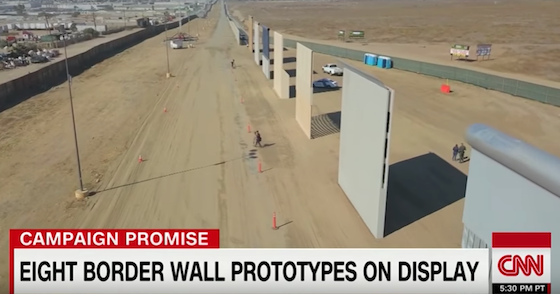 Decades of border anarchy could end — and wouldn’t that be a relief? — if only there were the political will.

Agent Judd appeared with Lou Dobbs on Monday to discuss the need for a wall.

BRANDON JUDD: As a Border Patrol agent I would support shutting down the government if in fact it was going to lead to border security. This is a topic we’ve been discussing for years on end. I’ve been a Border Patrol agent for 21 years now. This is something that comes up year after year after year. We finally need to get a hold of this. We’re not talking about legal immigration; we’re talking about illegal immigration, and we need to finally get a handle on it, and this president is trying to make that happen.

Here is Judd’s opinion piece about the border wall:

Trump’s wall is the best way to end the humanitarian crisis on our southern border, By NBPC President Brandon Judd, Local2455.com, July 12, 2018

If Democrats and the media elite truly cared about the safety of illegal immigrants, they’d be down on the border right now working to build the wall President Trump wants America to have.

As a veteran Border Patrol agent, I know firsthand that a secure border with the big beautiful wall the president is building is the only humane and permanent solution to the crisis at the border.

Despite Democratic obstruction, President Trump is building the wall now, and he will play hardball with Congress to ensure that the necessary funding to complete the wall is secured. Without a completed wall, thousands of illegal immigrants will continue to put their lives at risk.

But those who try to cross our southern border illegally are subject to much worse than just the elements – they are at the mercy of brutal criminal gangs. The illegal immigrant smuggling trade is dominated by predatory “coyotes” connected to Mexico’s worst drug cartels. They care little for the lives of their human cargo. These are the sorts of people who don’t think twice before leaving illegal immigrants to die in locked trailers under the desert sun.

The coyotes’ control of human smuggling across the border results in routine violence, theft, and death, as well as the widespread rape of Central and South American women and girls.

A 2014 Huffington Post report stated that 80 percent of illegal immigrant women and girls are raped during their travel.

In addition to discouraging illegal border crossings and protecting desperate migrants from violence, rape and death, securing the border will save American taxpayers vast amounts of money. It will also free up the resources necessary to expedite legal immigration and review the ever-growing backlog of asylum claims.