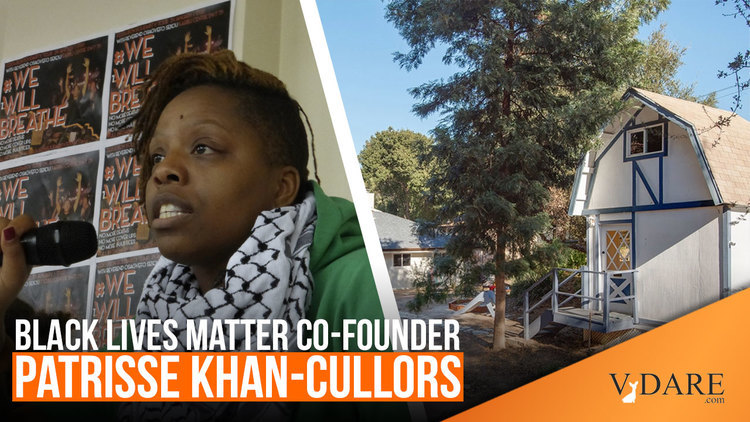 Laws that require charities to disclose their finances and activities to the public endanger the lives of activists, Black Lives Matter co-founder Patrisse Cullors said at a recent event.

The embattled activist, who is facing renewed criticism following reports BLM Global Network Foundation, while under her control, purchased a $6 million Los Angeles mansion, said she gets triggered whenever she hears the term IRS Form 990, the document charities are required to file to the public every year disclosing their financial activities.

“It is such a trip now to hear the term ‘990,’” Cullors said Friday during an event at the Vashon Center for the Arts. “I’m, like, ugh. It’s, like, triggering.”

"I actually did not know what 990s were before all of this happened," Cullors said, an apparent reference to the Washington Examiner's reporting in January about BLM's lack of financial and leadership transparency that led multiple states, including California, to order the charity to cease raising funds until it discloses what it did with the $90 million it raised in 2020.

Cullors said activists suffer trauma and that their lives are put at risk when charities under their control are required to disclose publicly what they did with their tax-deductible donations.

“This doesn’t seem safe for us, this 990 structure — this nonprofit system structure,” Cullors said. “This is, like, deeply unsafe. This is being literally weaponized against us, against the people we work with.”

Cullors said she’s been approached by countless activists who are worried that they too will soon field requests from reporters demanding copies of their 990 forms, which charities are required by law to disclose to the public upon request.

Cullors, who left BLM without a leader after she resigned in May 2021 amid scrutiny of her personal real estate purchases, said media scrutiny of the charity is an “experiment,” that, if successful, will be used to take down other black-led activist groups.

The Occam’s Razor explanation is that the founders of Black Lives Matter, like the crusade they happened to launch with their hashtag, are stupid and lazy.