Black Vote Not A Factor In Mia Love's Election—Utah's 4th District Is 1.66 % Black 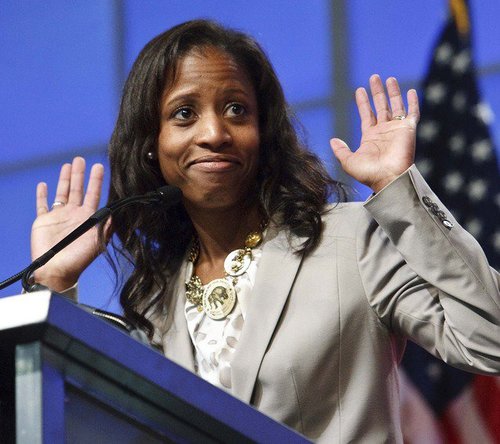 Mia Love is the first Haitian American and the first black female Republican in Congress. Raised in Connecticut, she moved to Utah (she's a Mormon) where she was mayor of Saratoga Springs.

She has just been elected to Congress from the Fourth District of Utah. [House GOP boasts diversity and new conservatives, like Mia Love, By ERICA WERNER, Associated Press, November 8, 2014]

Below is the Census Report for the Utah's Fourth District—745, 000 people, 12, 000 of whom are black. I don't know if she did or did not get the black vote in this election, but it's clear that it didn't affect her election.