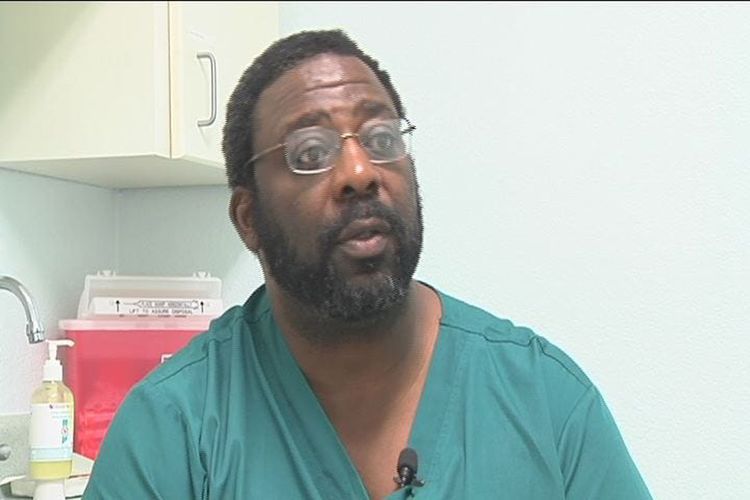 Black US Doctor Is Allowed To Say This About Liberia:"The People There Do Not Believe In The Germ Theory Of Disease"

Dr. Frank Glover, a urologist in Albany, GA  who was volunteered in Liberia, and testified before Congress on Ebola in Liberia.

If you've read Nicholas Stix's On Being Culturally And Biologically Enriched by West Africa’s Ebola Zone and my Invincible Ignorance And Ebola—Why Are We Letting In Immigrants Who Don’t Know What A Germ Is?, you know that we've been pointing out that Liberians are unfamiliar with the germ theory of disease, which retards their ability to fight the disease in Liberia, and makes their presence in the West a public health hazard.

I found an doctor who's willing to say this about Liberians—that they don't know about, or refuse to believe in,  germs as disease carriers—and he's black. Would a white doctor say this? Emphasis added below:

One local doctor has been doing medical and spiritual missions work in Liberia since before the civil war.

Dr. Frank Glover is a local Urologist that first visited Liberia in 1988.

Dr. Glover says the virus is wreaking such havoc is because when a person contracts the disease that person needs to be isolated from the general population and quarantined and treated.

The people there do not believe in the germ theory of disease.

He says "They don't want to follow these recommendations because they don't see them as making sense in their world view."

"just a couple of weeks ago where an administrator came ill with Ebola virus he went home and infected his 8 children and his wife and all 10 of them died."