Four stories, and one of them is not like the other.

Can you figure it out?

We all start with Baltimore, a 70 percent black city, with black mayor, majority black city council and an almost entirely all-black bureaucracy. These people are in charge of 70 percent Baltimore, a city crumbling into its own footprint. In 1917, Baltimore was 90 percent white and one of the world's most important cities. It had no need for 'squeegee boys'...

100 years ago, Baltimore was nearly 90 percent white, and restrictive covenants protected white homeowners and white business owners [as well as their posterity] from observable patterns of black dysfunction and what an unchecked black criminal class could do the city's present and future fortunes.

And this happened to a hapless white public official...

An assistant city health commissioner who oversees anti-violence initiatives was assaulted Friday in downtown Baltimore on his way back to work after having a sandwich for lunch.

Greg Sileo, who is recovering from multiple facial fractures, swelling and bruising, said he does not remember the attack, but according to police, he was assaulted at 1 p.m. by a group of juveniles at Baltimore and Commerce streets. The teens took his two cellphones and his wallet, Sileo said.

The world of Marvel's 'Wakanda'... a fake African utopia with advanced technology and no need for 'squeegee boys' as a program to stop blacks from killing other blacks (as is needed in 70% black Baltimore)...

"I think we need to look into what is causing people to engage in this kind of behavior," Sileo, 33, said Saturday after being discharged from the Maryland Shock Trauma Center. "A couple of young guys stealing my cellphones and ending up in jail doesn't seem to be worth it."

Sileo, who ran for a South Baltimore City Council seat last year, oversees various anti-violence programs at the Health Department, including the Office of Youth Violence Prevention and Safe Streets. He also is president of the Locust Point Civic Association.

Baltimore State's Attorney Marilyn J. Mosby announced Friday night that her office will help host a series of "pop-up" events throughout the summer in hopes of providing an outlet for young people amid a continued spike in violence.

Speaking at an anti-violence event at Mondawmin Mall, Mosby said the events will occur every Friday night for the next 11 weeks. Young people who sign up will receive text alerts the night before on events that will include skating, basketball, and night swimming, she said.

"We have to be there for our children before they get to the criminal justice system," Mosby said in an interview. "It's important for young people to understand we are on their side, and we're going to be supportive of them."

Friday's event at Mondawmin Mall was held in conjunction with a national Gun Violence Awareness Day, and featured appearances from local rappers and a performance from a dance group.

Okay, how about one more story from the world black individuals collectively create in 70 percent black Baltimore?

Mayor Catherine Pugh asked Baltimore to answer her call to action, and hundreds of people showed up for her event at Baltimore City Community College.

Pugh and other city leaders came together for a day of activities aimed at stopping violence in the city. The event included job training, mentorship opportunities and youth development initiatives.

Pugh said it's part of a multifaceted approach to ending the violence. More than 150 homicides have been reported since January, which is up from 119 during the same period last year.

"This fight is inclusive of everyone and anyone who wants to be engaged," Pugh said.

Pugh focused on what she called seven critical paths for people to engage in.

"Everything from making sure our young people work this summer, to how you work alongside of the Police Department," Pugh said.

Jobs are a big part of the discussion. City lawmakers said kids need opportunities that keep them off the streets and out of trouble.

"They see the squeegee young people on the corner, as people, in some cases, as offensive. I see them as entrepreneurs, so we are working with them, the young people, to create pop-up car washes this summer," Pugh said.

"We are specifically looking for young black men to serve as mediators for our young black men that have beefs that need to be squashed or just have tough conversations," said Shantay Guy, executive director of Community Mediation.

It was an all-hands-on-deck effort at a critical time for the city.

"If you're an able-bodied person in the city of Baltimore and you're not engaged in some kind of positive activity to increase and improve your neighborhood, you're just sitting on the sideline. You have to get involved. There's something that everyone can do," Baltimore City Councilman Brandon Scott said.

"Squeegee Boys"... this is what Baltimore's black elected leadership believes will stop black violence in the 70 percent black city and restore order in an otherwise lawless city increasingly resembling Africa in America:

She said she planned to create a program to employ what she called the "squeegee boys" — the Baltimore youths who seeks tips for washing motorists' windshields on city streets.

"And so we're looking at how do we create these entrepreneurs that keep going in a positive path as opposed to a negative path. As you all know, drug dealers are recruiting as early as 8-year-olds," she said.

Time for the fourth story.

The ‘Black Panther’ Trailer Shows What Africa Would Have Been If White People Didn’t Destroy It, Affinity.com, June 11, 2017 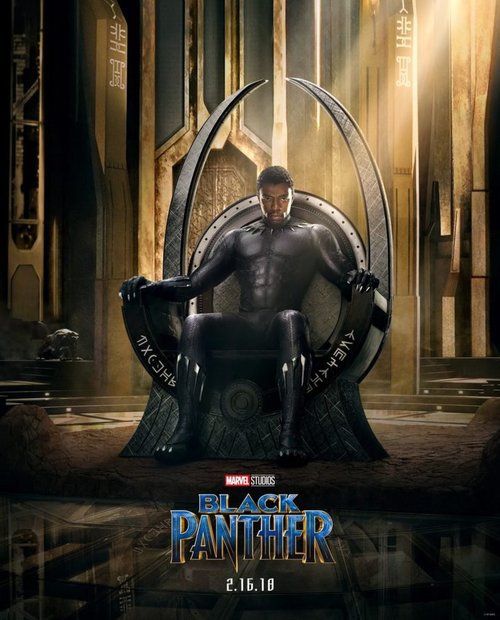 The movie, which is set to come out on February 16, 2018 and is directed by Ryan Coogler, dropped its first teaser trailer last night and right off the bat, it is showing potential. Although the plot of the movie is still not clear, the trailer does not fail to keep you intrigued from its potential as the first black protagonist movie in the Marvel Cinematic Universe.

In the trailer, within just the first few seconds, we see a white man, Everett K. Ross, who is interviewing another man, Klaw, describing the most common stereotypes about countries in Africa. Soon he is asked about what knows of Wakanda, and we see visuals of a place the interviewee calls “El Dorado” and how it is not in South America — it is in Africa and it’s actually Wakanda. He proceeds to explain how anyone who had gone to “explore” it did not come out alive.

That right there in just two minutes drops the trope of defenseless Africans who need help and shows what African countries could have been without its colonization. Where instead of showing a story of a white hero who comes to aid the people it shows those who have hidden their culture to keep it safe.

In 1917, Baltimore was nearly 90 percent white and a world-class city.

In 2017, Baltimore is nearly 70 percent black and a case-study in hopelessness, misery, and a boon for non-profits hoping to get violence-prevention grants.

White people who oversee anti-violence initiatives are attacked by blacks.

"Pop-up" events are sponsored by the city to try and stop blacks from killing each other.

"Squeegee boys" is an actual jobs program pitched by the black mayor to employ black youth in a last-ditch effort to stop them from killing each other.

And we are supposed to believe without white people, blacks would have invented interstellar travel and advanced technology the whole world would be envious of...

Four stories and one of them is not like the other...