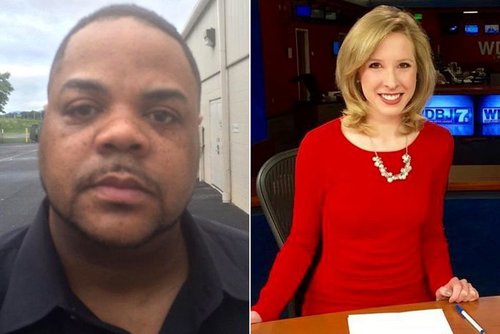 The comments that became a reporter’s death sentence

ROANOKE, Va. — The words are a part of everyday conversation — “swinging” by an address and going out in the “field.”

But in the twisted mind of Virginia gunman Vester Lee Flanagan II, they were pure racism — and saying them became a death sentence for Alison Parker.

The 24-year-old white reporter, who was murdered on live TV along with her cameraman, used the phrases as an intern at ­WDBJ TV in Roanoke in 2012, according to an internal complaint filed by Flanagan, who was black.

“One was something about ‘swinging’ by some place; the other was out in the ‘field,’?” said the Jan. 21 report by assistant news director Greg Baldwin, which refers to Parker as Alison Bailey (her middle name).

Parker was never disciplined over the remarks, but Flanagan never forgot them.

Hours after gunning her and Adam Ward down during their broadcast Wednesday, Flanagan revealed in tweets that the comments were still fresh in his mind.

“Alison made racist comments,” Flanagan posted while he was on the run from cops.

“They hired her after that??” he wrote.

But colleagues said that it was all in Flanagan’s head and that Parker was as far from racist as they come.

“That’s how that guy’s mind worked. Just crazy, left-field assumptions like that,” Ryan Fuqua, a video editor at WDBJ, told The Post.

Flanagan made the accusations a month before he was fired in February 2013. The document was part of his unsuccessful discrimination lawsuit against the television station.

Trevor Fair, a 33-year-old cameraman at WDBJ for six years, said that the words Parker used are commonplace but that they would routinely set Flanagan off.

“We would say stuff like, ‘The reporter’s out in the field.’ And he would look at us and say, ‘What are you saying, cotton fields? That’s racist,’?” Fair recounted.

“We’d be like, ‘What?’ We all know what that means, but he took it as cotton fields, and therefore we’re all racists.”

“This guy was a nightmare,” Fair said. “Management’s worst nightmare.”

Flanagan assumed everything was a jab at his race, even when a manager brought in watermelon for all employees.

“Of course, he thought that was racist. He was like, ‘You’re doing that because of me.’ No, the general manager brought in watermelon for the entire news team. He’s like, ‘Nope, this is out for me. You guys are calling me out because I’m black.’?”

Flanagan even declared that ­7-Eleven was racist because it sold watermelon-flavored Slurpees.

“It’s not a coincidence, they’re racist,” he allegedly told Fair.

This is a little reminiscent of the 543-page police reported that exonerated Omar Thornton’s eight victims of being racist. From Reuters via WHNT:

CONWAY, Mass (Reuters) – There is no proof of systemic racism at a Connecticut beer distributor where a gunman shot dead eight people last year because he said African-Americans were treated badly, a police probe concluded.

Omar Thornton, 34, a driver at Hartford Distributors, a family-owned beer wholesaler 10 miles east of the state capital in Manchester, shot eight people before killing himself in August 2010.

Minutes before the frenzy took place, Thornton, who was black, was fired at a disciplinary meeting for having stolen beer and empty kegs from the company.

Police Chief Marc Montminy told a press conference that there had been allegations that Thornton had photographic evidence of racial slurs against him on his cell phone. But Montminy said forensic analysis of the phone showed that “that is not true.”

“We also interviewed the other minorities that worked at the facility to see if there was systemic racism within the building, and not only did they not agree with Omar’s position but they found quite the contrary,” Montminy said. …