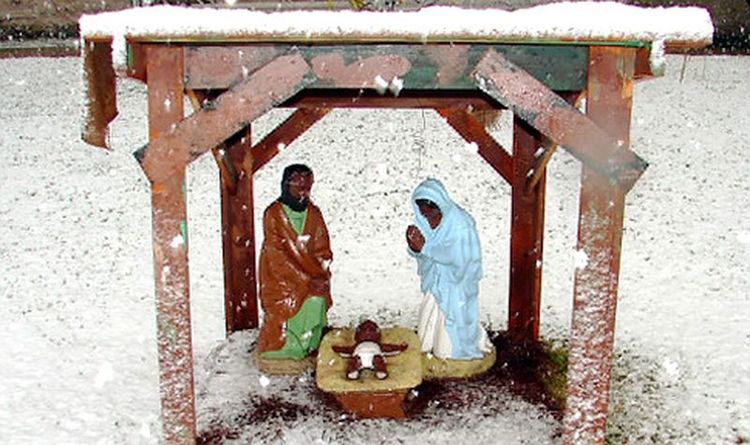 Black Nativity Scene In Northern Italy: War On Christmas Or War On The Nation State

This is in both the War On Christmas and immigration files.(Reuters has filed it under Oddly Enough.) The Lega Nord is the immigration restriction party in the North of Italy.

ROME (Reuters) - A nativity scene featuring a dark-skinned Jesus, Mary and Joseph that has gone on display in a Verona courthouse has created heated debate in a city with strong links to Italy's anti-immigration Northern League party.

The nativity's appearance coincides with the League's controversial operation "White Christmas," a two-month sweep ending on Christmas Day to ferret out foreigners without proper permits in Coccaglio, a small League-led town east of Milan.

The Christmas scene — featuring a dark-skinned baby Jesus dressed in a red shirt and lying in a manger — was the idea of Mario Giulio Schinaia, the chief Public Prosecutor in Verona.

"History teaches us that baby Jesus and his parents were very probably dark-skinned," Schinaia told Reuters. "This nativity belongs to a universal Christmas tradition that brings together the whole of Christianity in celebration."

The nativity has caused heated reactions in the rich northern town, where resentment toward foreigners has spread as the number of immigrants, particularly from north Africa and eastern Europe, continues to rise.

"It is a useless act of provocation, just like the suggestion not to have a nativity scene at all, in order not to offend Muslims," Northern League farm minister Luca Zaia told one paper, referring to proposals in recent years that town halls and stores should no longer sponsor Christmas scenes.

"Magistrates have other problems to deal with: I hope they spend as much time thinking about lawsuits and trials," he said.

The Northern League, an ally of conservative Prime Minister Silvio Berlusconi with key cabinet posts including the interior ministry, has used its growing political clout to secure tough new laws including making illegal immigration a crime.

League proposals have ranged from separate buses and trains for immigrants to banning new mosques and forbidding the serving of Chinese food and kebabs in towns under its control.

Schinaia defended his black nativity scene, saying it was not intended to be polemical but to encourage debate.

"There shouldn't be a white or black Christmas, only a merry Christmas for everyone, of every skin color, ethnic background and nationality."