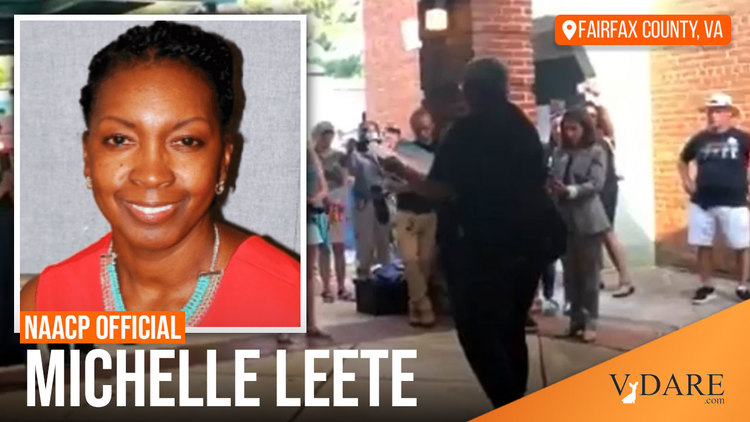 There is no easy in way life.

There is no easy way.

UPDATE: The NAACP Leader Who Declared ‘Let Them Die’ About Opponents of CRT Has Resigned, Townhall.com, July 17, 2021

The other day I highlighted the disturbing remarks of a local NAACP leader in Fairfax County, Virginia. On Thursday night, Michelle Leete stood outside the Jackson Middle School and rallied protesters in favor of Critical Race Theory (CRT) into a round of applause as she declared “Let them die” about her opponents. On Saturday morning, the Virginia PTA announced over Twitter that she’s since resigned from her position with them.

“While not speaking in her role with Virginia PTA, we do not condone the choice of words used during a public event on Thursday, July 15, 2021,” the statement read in part.

The resignation was announced the day after the Virginia PTA shared that Leete’s “statement does not reflect the values of Virginia PTA.” The Virginia PTA also noted that “We believe in diversity, equity, and inclusion. However, we also know words have power and that it is important to understand the impact of our language.”

It was further revealed that PTA board members will have to participate in “sensitivity training” over the summer “to ensure the [sic] we remain mindful of our community and the impact of the words we use.”

The Virginia PTA has restricted comments for the two tweets above.

Leete’s own tweets are protected. The Fairfax NAACP has yet to tweet about the incident from their account as of Saturday afternoon, though there have been tweets unrelated to the incident sent out since then. The Fairfax County PTA has not been active on Twitter since July 8.

She went on to say “Let them die,” as her words were drowned out by enthusiastic applause before she continued with saying “don’t let these uncomfortable people deter us from our goal to march forward.”