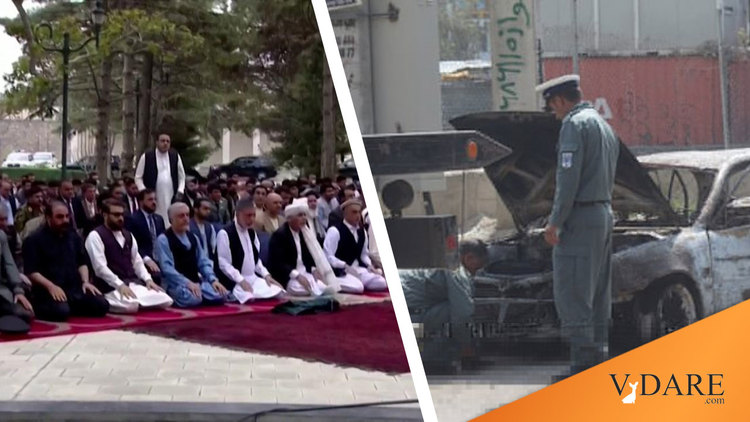 Video by national TV shows the moment rockets landed near the Presidential Palace during Eid prayers this morning. pic.twitter.com/WmEniyfLfM

I identify with the flinching fat guy in the unbuttoned vest in the middle of the crowd. That would be me if I were a middle-ranking Afghan official coming under missile fire.

I’d cast Oliver Platt as me as the scaredy-cat Afghan bureaucrat:

I’d never heard of Stanley Tucci’s farce film The Impostors until I saw it recently, but it’s one of the funniest movies I’ve ever seen. It’s just Tucci, Platt, and a bunch of their funniest friends doing everything and anything to be funny.