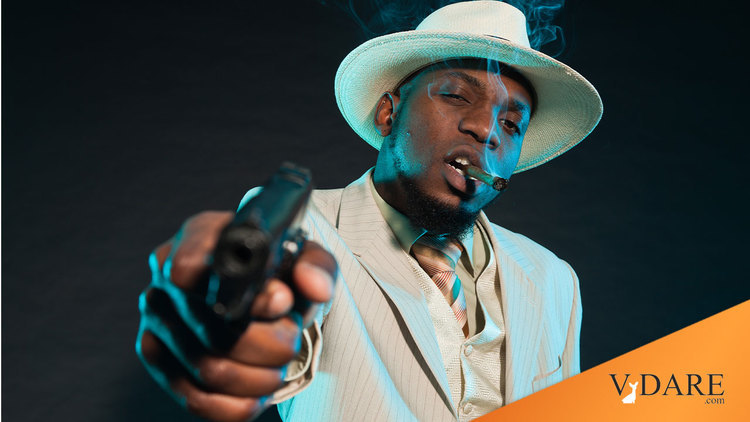 Black Lives Matter New Orleans Edition: In 2021, 92% of Homicides Were Black on Black

According to U.S. Census Bureau data, 2020 New Orleans is 59 percent black and 30 percent white. It’s a well-established fact almost all murders are intra-racial (meaning black on black or white on white), so when we look at 2021 homicide data for New Orleans, it shouldn’t be a shock to see the city being one of the most violent in America.

Not just that, but 92 percent of homicide victims are black. Meaning, we can logically deduce 92-95 percent of suspects in the homicides will be black as well.

New Orleans ends 2021 with 218 murders: ‘We’ll never get over this’: For two years in a row, New Orleans has had a rise in murders. Three brothers were among the year’s victims., WDSU.com, January 6, 2022

There were 218 lives were lost to murder in New Orleans in 2021, according to the New Orleans Police Department. It’s the most murders in a year in the city since before Hurricane Katrina, when the population was about 15% larger.

It also marks the second annual increase in murders in the city after 2019’s 50-year low of 120 murders, which one crime analyst points out was still high for a city the size of New Orleans.

New Orleans’ murder rate has been among the highest in the country for decades, hitting a peak in 1994, when 424 people were killed. While important to gauge how the city’s prevention and response to violence, the numbers hide the human toll of the violence.

“We’ll never get over this,” said a relative of Brandon, Bradley and Bryan Veal, brothers ages 30, 26 and 21. The Veal brothers were shot dead in two separate shootings on Feb. 13 and Feb. 20, both in Central City.

“That changes the dynamic of a family forever and that’s what I don’t think people understand, that it was a forever change. It’s permanent. There’s no counseling, there’s no books there’s no self-help, there’s nothing that you’re going to hear there’s going to undo that,” said the same relative.

The brothers’ relatives, who WDSU is not naming out of concern for their safety, said they had a close bond and took good care of their mother, who struggled with mental health problems and is now without her caregivers. Graduates of St. Augustine High School and Helen Cox High School, all three were jokesters with a lot going for them, the relatives said.

“They were just good guys all the way around, big gentle giants,” another relative said.

Brandon left behind an elementary-school-aged son who last week spent his first Christmas without his father.

“It’s really gonna be a strong haul for that little guy. But I tell you what, I’m gonna be there for him as much as I possibly can,” said the relative.

The brothers represent a demographic that makes up nearly 80% of the city’s murder victims — Black men, according to reports from NOPD and Orleans Parish Coroner’s Office tracked by WDSU. Black men make up about 30% of the city’s population.

Black women make up about 12% of the city’s 2021 murder victims, and white men account for about 5%. The reminding 3% were comprised of white women, Hispanic men and an Asian man.

Like about 90% of this year’s murder victims, the Veal brothers were fatally shot.

“What I’m concerned with is the lack of respect for life. The boldness of our criminals right now and their willingness to do whatever it takes to get whatever their point is across,” NOPD Superintendent Shaun Ferguson said Dec. 26, at a murder scene in Algiers where a 7-year-old girl had been shot dead.

Dillon Burton was one of about 17 juvenile homicide victims in 2021, according to data tracked by WDSU. The year’s youngest victim was an infant, and the oldest was 62.

Data also shows almost half the city’s murders happened in 2 of NOPD’s eight police districts — the fifth and seventh. Those are made up of two predominantly Black areas — the 9th ward, and New Orleans East.

Crime data analyst Jeff Asher said national trends like an uptick in gun ownership and struggles related to the pandemic likely play a role in the increase in murders but cannot fully explain the violence in New Orleans.

As city leaders absorb the stats along with the community, the veal family has a message: “Our family members are statistics. But that statistic can never connect to a point where they can understand the pain. And we need we need closure there. There’s no closure,” one relative said.

One of the brothers’ relatives asked that anyone interested in donating to increase the Crimestoppers reward to contact that organization.

So after a racial revolution in 2020, we should be seeing the fruits of the planting of Black Lives Matter all across America, right? Especially in New Orleans.

Instead, we see the opposite…how many homicides would there be in New Orleans if the city didn’t have any black residents?