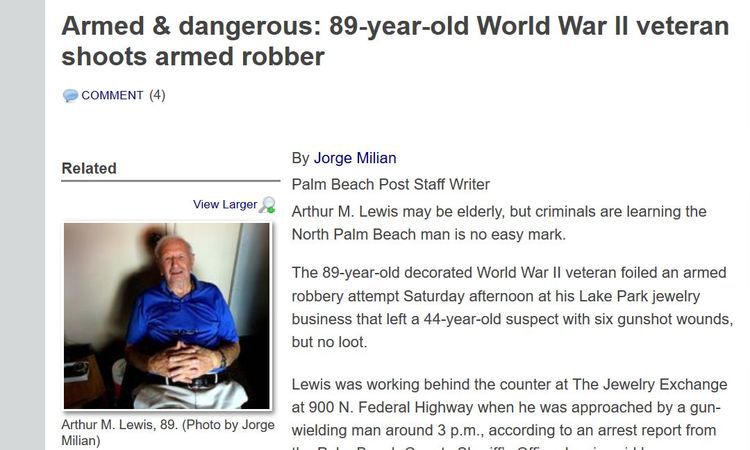 The story below doesn't include a picture of the assailant, although it does have a picture of his girlfriend/getaway driver. (Who is also black.)

Arthur M. Lewis may be elderly, but criminals are learning the North Palm Beach man is no easy mark.

Lewis was working behind the counter at The Jewelry Exchange at 900 N. Federal Highway when he was approached by a gun-wielding man around 3 p.m., according to an arrest report from the Palm Beach County Sheriff’s Office. Lewis said he immediately grabbed the suspect’s revolver and pulled out a .38-caliber handgun from his own pocket.

The two men wrestled for several minutes and fired shots at each other. Despite battling someone half his age, Lewis got the best of it. A man identified by the sheriff’s office as Lennard Patrick Jervis, a Miramar resident, was shot six times by Lewis, including four times in the chest. Lewis’ left arm was grazed by a bullet, but he was otherwise unscathed.

There's no mugshot of Lennard Patrick Jervis, who's probably in the recovery room and hasn't had his picture taken, but here are three previous mugshots, from a Mugshots.com search: 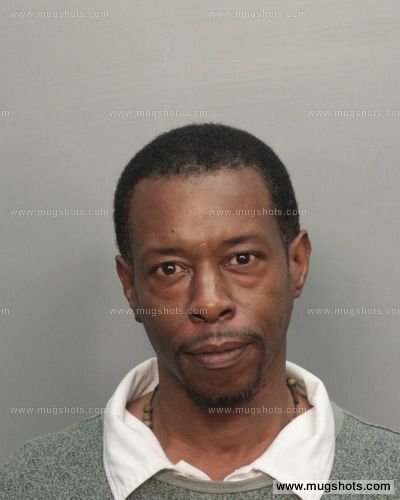 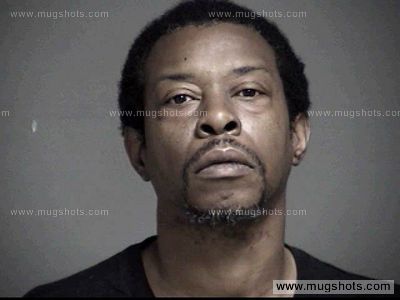 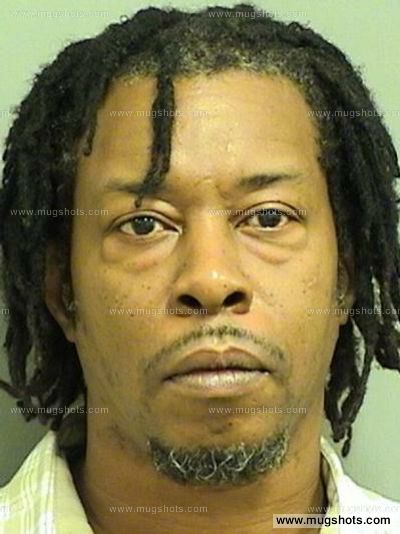 Mugshots.com as a resource beats the MSM, which doesn't realize what's important in these stories, and to the extent that it does, doesn't want to tell us.

For example, we learn from Mugshots.com's booking stats that unlike Michael Brown, Jervis is 5'6" and 140, which helps explain why he lost this particular fight.

Lewis said Jervis continued to fight with vigor, even with four gunshot wounds to the chest and one each to the wrist and leg. Large bullet holes remained in the store’s walls Monday and the area behind the counter where Lewis and Jervis fought hand to hand was trashed.

“People think because he’s 89, he’s frail,” said Vivien Bresnahan, Lewis’ girlfriend. “That irritates me because he’s anything but (frail).”

Jarvis eventually stumbled over the counter toward the front door and asked Lewis to buzz him out. Lewis complied.

The fact that Lewis, like many jewelers, has a door that you have to buzz people in and out of leads me to wonder if his initial mistake (a violation of common sense racial profiling/Derbyshire rules)  was to buzz Lewis in.