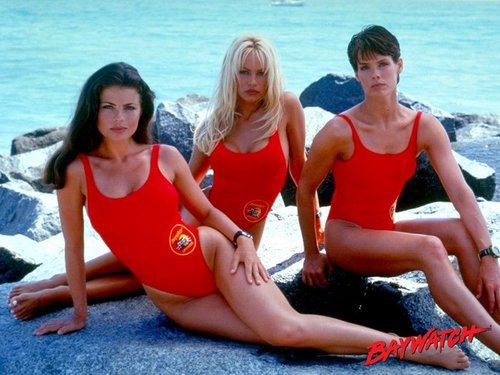 As a native of the moderately inland San Fernando Valley of a certain age, I had a front row view of the growth of the modern environmentalist movement, which started on the California coastline. From the Los Angeles Times: 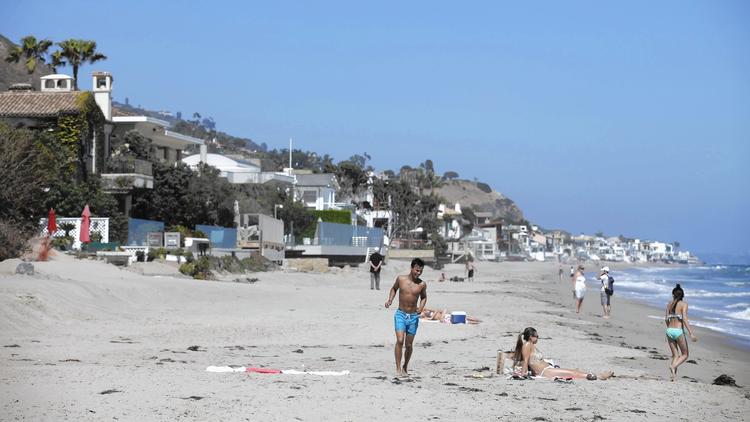 It’s hard to get to most of the publicly owned beach in Malibu if you don’t own a house on the sand.

In the decades-long struggle to make the beaches fronting California’s well-heeled coastal communities more accessible to the public that owns them, a mile-long stretch of Malibu known as Billionaires’ Beach has been the site of a particularly pitched battle. …

Music mogul David Geffen for years fought the California Coastal Commission over access, finally handing over the keys to a walkway that was quickly nicknamed the Hooray for Hollywood Moguls path.

Do aspiring screenwriters throw their un-optioned screenplays over Geffen’s fence? Does that work?

And on Tuesday, the commission will officially announce the opening of another path about a half-mile from the Geffen property. Activists call it an important victory in the fight between homeowners seeking privacy and people eager to expand their right to walk, run, lie and play on the sand, which is public property up to the average high-tide line.

The debate over the new Carbon Beach trail dates back more than a decade.

Access proponents have long wondered why property owner Lisette Ackerberg, who supported many conservation causes, fought so hard to keep people off the public beach in front of the home she and her husband, the late Norman Ackerberg, built on the coveted stretch of coast. Norman Ackerberg helped start the environmental group Santa Monica Baykeeper, one of the organizations to which he devoted a good portion of the fortune he made as a Minnesota developer.

After he died in 2004 at age 76, Lisette Ackerberg resisted the coastal commission’s push to provide a public pathway to the beach, and the fight became prolonged and peculiar — even for Malibu.

The commission in the 1980s had issued two permits to the Ackerbergs allowing on their beachfront lots the construction of a house, pool, tennis court and sea wall. In exchange, the Ackerbergs agreed to provide a 10-foot-wide “vertical easement.”

The state agency did not take action to open the easement to the public until 2003, when it authorized the nonprofit group Access for All, now defunct, to build and oversee the pathway.

As that group soon learned, the area was blocked by large rocks, a 9-foot-high wall, a concrete slab, a generator, light posts and landscaping that the Ackerbergs had installed. In 2005, the state told Lisette Ackerberg that she had to remove them. …

Unbeknown to the state, Ackerberg in 2009 signed an agreement with Access for All. In exchange for a pledge of as much as $250,000 and attorneys fees, Access for All agreed not to build the pathway, but instead to work with Ackerberg to sue the county to open a pathway next to the condos.

This is a pretty standard Malibu tactic: you buy off NGOs and have them endorse whatever it is you want to do.

Anyway, I understand why the billionaires who live on Billionaire’s Beach want to keep the things they way they have been. But do they understand the somewhat analogous reasons why other Americans might not want every Baywatch fan in Kazakhstan to move to North Hollywood?