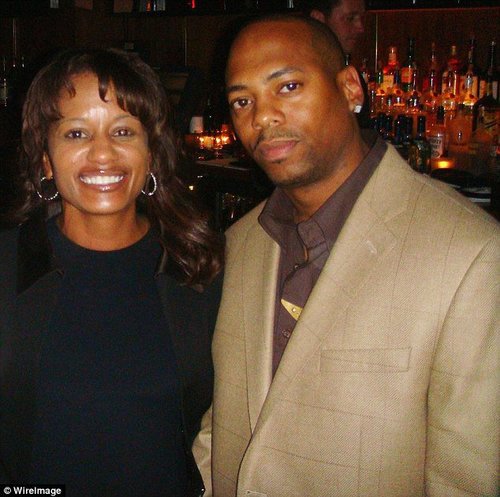 It would be amusing to imagine the mayor of New York City picking up the New York Post last week and shouting angrily, like the middle-aged white male authority figure in a late 1970s R-rated comedy: “Noerd-ling-er!?!”

But you know what de Blasio said to himself was no doubt more like:

“Uh-oh, my black lesbian wife’s $170,000 per year best friend’s boyfriend murdered some kid for his jacket? And Rachel Noerdlinger started a vicious cat fight with some coed who was sleeping with her murderer boyfriend? The Post is going to roast me alive over this if I don’t get rid of Noerdlinger. But if I do, my wife and Rev. Al are going to tagteam me forever … Who am I more afraid of?

Mayor Bill de Blasio on Monday said he had “absolute faith” in a top City Hall aide whose failure to disclose a troubled boyfriend on a background check prompted a formal city inquiry last week.

Eager to move past a controversy that has rattled his administration, the mayor said that “there was no intent to deceive” on the part of the aide, Rachel Noerdlinger, who is the chief of staff to Mr. de Blasio’s wife, Chirlane McCray.

As of last month, you aren’t allowed to mention in the New York Times anymore the phrase “angry black woman,” but it’s still a very real phenomenon around the de Blasio household.

“Case closed,” Mr. de Blasio added, in his first remarks on the matter since his office announced last week that Ms. Noerdlinger would not be disciplined for the infraction.

The mayor and his aides have answered few questions about Ms. Noerdlinger, who was found to have omitted the fact that she lived with a boyfriend, Hassaun McFarlan, who has a serious criminal history, on a background questionnaire form this year. False or misleading statements on the form can result in termination.

Asked repeatedly about the episode on Monday at a news conference on Staten Island, Mr. de Blasio assailed what he described as a political discourse overly focused on the family members and personal lives of civil servants.

He added of Ms. Noerdlinger: “She is a good public servant, and that’s what I respect.”

Mr. de Blasio is not shy about blending the personal with the political: He made his biracial family a centerpiece of campaign advertisements in last year’s mayoral race, and he often describes his wife as his “most important adviser.”

It was the mayor’s eagerness to give Ms. McCray a prominent role in his administration that prompted the hiring of Ms. Noerdlinger, a longtime public relations adviser to the Rev. Al Sharpton. She earns $170,000 and is charged with expanding Ms. McCray’s profile.

Taxpayers of New York: you are getting your money’s worth in expanded profile for Ms. McCray!

Ms. Noerdlinger, who lives in Edgewater, N.J., was also one of a handful of administration officials to be granted an exemption from a requirement that senior City Hall aides reside in New York City.

In granting the waiver, the administration cited the “mental and physical condition” of Ms. Noerdlinger’s teenage son, who was seriously injured in two automobile accidents. The New York Post reported last week that her son had played on his high school’s football team since the accidents occurred.

I think De Blasio should point out to New York City voters that by granting the charming couple an exemption to live in New Jersey, he’s just fighting crime by keeping two individuals with a history of violence out of New York City, at least during Ms. Noerdlinger’s nonworking hours.