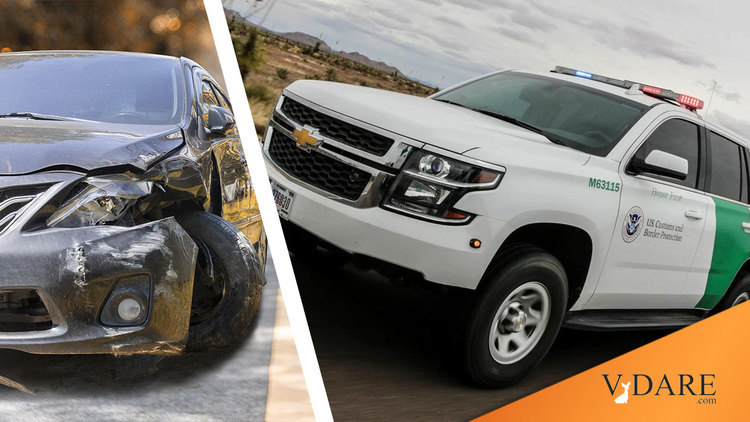 Band of Brothers 2006 vs. the Stepchild Agency

Watch the inspiring, kick-ass infantry graduation speech from LTC Randolph White to see that esprit de corps is alive and well in the US Army. It is stirring, to say the least, and a reminder that America can still generate the right stuff. And how!

Now try to imagine a similarly uplifting celebration at a Border Patrol graduation. Such confidence would be unlikely at the dispirited agency.

That's because America's border defenders are currently under attack from their own government. At least that is how it looks, due to the disturbing criminal prosecution of two Border Patrol agents for doing their job regarding an illegal alien drug smuggler.

The case concerns two agents, Ignacio Ramos and Jose Alonso Compean, who have been convicted in criminal court and face 20 years of hard time in prison. The worst thing the officers appear to have done was skip filing some administrative steps about shooting an escaping drug criminal (who was believed to have drawn a gun by the agents). Handslap stuff.

Recent media coverage has attracted Congressional attention and a possible investigation into the matter. Oversight is needed, since the whole thing stinks all over and even brings questions about whether Mexican corruption is reaching into the Bush Justice Department.

Or perhaps the local federal prosecutor merely thought she would get rewarded for promoting more open borders (and better relations with narcostate Mexico), even though increased drug crime would certainly result. Particularly shocking was the immunity given to the Mexican drug trafficker, who is now suing the United States for $5 million for violating his civil rights!

The cartel bosses must be high-fiving over this latest Bush appeasement.

On the bright side, the case has brought the Border Patrol's curious rules of engagement into the public eye [Convicted border agent tells his story, Daily Bulletin, 8/6/06].

Even more broadly, Assistant U.S. Attorney Debra Kanof said, Ramos and Compean had no business chasing someone in the first place.

"It is a violation of Border Patrol regulations to go after someone who is fleeing," she said. "The Border Patrol pursuit policy prohibits the pursuit of someone."

In what other line of law enforcement is the normal pursuit of criminals disallowed? (Even San Francisco allows cops to chase down bad guys.) It's one of many reasons why being a Border Patrol agent is way tougher than it needs to be.

The thin line of border enforcement is arguably more important than our military in protecting the nation at this odd time in history. Yet the Border Patrol is treated in the most abysmal fashion. They deserve a whole lot better.