Unlawful seizures from defts are bad enough, but what about when cops seize and keep cellphones, jewelry and personal property from the victims of crime? https://t.co/twyQgksoA4

The following facts are assumed to be true for purposes of adjudicating Defendants' motions. The Amended Complaint alleges that the BPD engages in a "pattern and practice of unconstitutionally searching, seizing, retaining, and destroying the personal property of victims of violent crimes in Baltimore" in violation of the Fourth … and Fourteenth Amendments to the United States Constitution…. 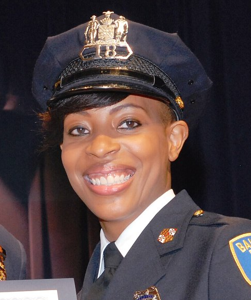 Plaintiff Faye Cottman alleges that a stranger shot her and her 11-year-old son at a playground near the Cherry Hill neighborhood in Baltimore on March 14, 2019. While she was in a disoriented state, Defendant Officer Destinee Macklin seized her jacket, phone, wig, and shoes without her consent. At some point thereafter, Defendant Macklin and/or other unnamed BPD officers illegally searched Ms. Cottman's phone without her consent or a warrant.

A federal court has allowed the case to go forward, including on a theory that the Department does this as a "pattern and practice."

During the Freddy Gray/Baltimore riots, extremely faux conservative Conor Friedersdorf [Email him] did a piece for the Atlantic titled  The Brutality of Police Culture in Baltimore | Years of abuses are every bit as egregious as what the Department of Justice documented in Ferguson, Missouri, and as deserving of a national response [Atlantic, April 22, 2015].

What the Holder-Obama Justice Department  documented about Ferguson was that blacks commit more crime than whites. What Friedersdorf was documenting about the Baltimore PD was that they have a lot of black police officers.

You couldn't see that in Friedersdorf's story, but if you clicked through the links,  you could see that almost all the corrupt and violent cops were black and/or Hispanic. See  Contrary To Conor Friedersdorf, Baltimore Doesn’t Have A Police Problem—It Has A BLACK Police Problem for the details. In Black Police Culture In Baltimore—Again, I noted a story about what  the Baltimore PD’s "elite gun task force" was doing instead of arresting gang members with guns. They were doing "mob-style shakedowns"—extortion backed by their own guns and badges [Cops accused of mob-style shakedowns in stunning indictment, by Joshua Rhett Miller, NY Post, March 2, 2017].

Here are the accused cops, five out of seven of them black: 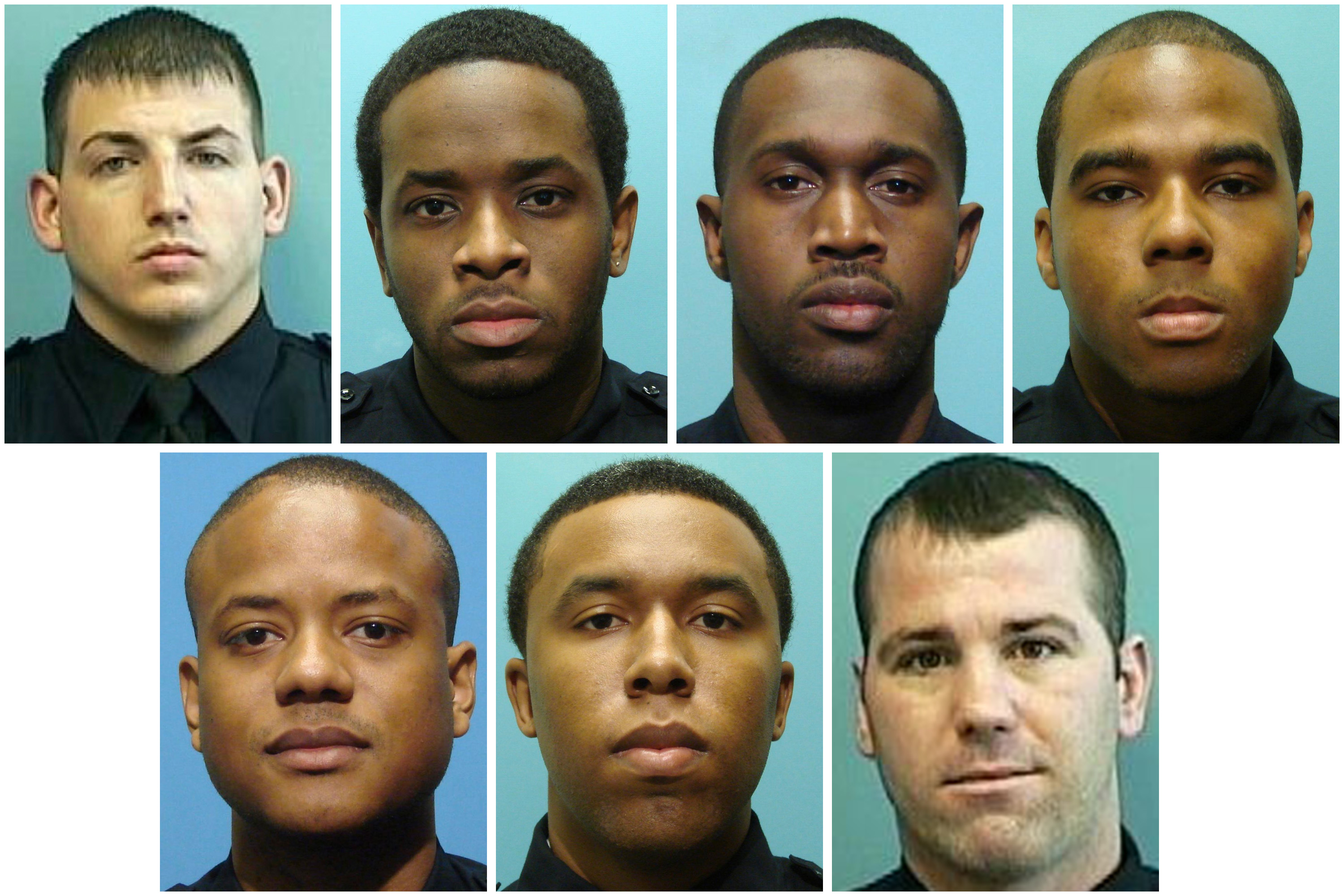 And of course, the Freddy Gray riots were started when the accidental death of Gray was blamed on the brutal racism and bias of the Baltimore PD, as demonstrated by these officers, half black and half white, all charged with Gray's death by black female prosecutor Marilyn Mosby—and all acquitted by Maryland juries: 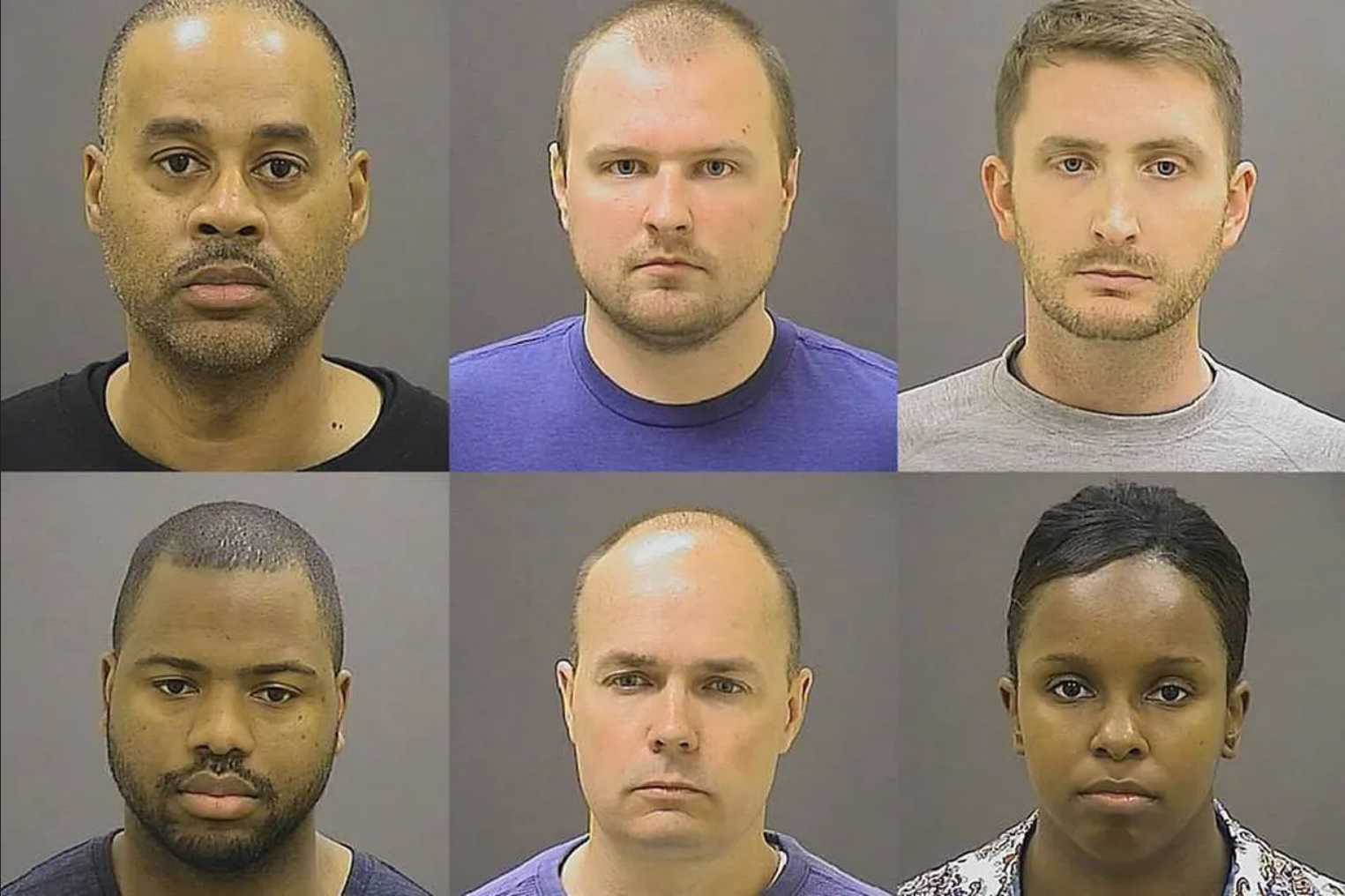 So once again, the Baltimore PD's problem isn't that the police are aggressive, "racist," and using force on criminals—that would be a solution to Baltimore's crime problem.

The Baltimore PD's problem is that so many of its officers are black.