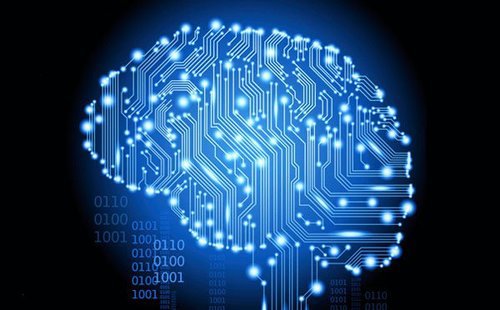 Automation: Tech Experts Predict Fewer Jobs in Next Decade, And NO Need For Unskilled Immigrants

Futurist forecasts are generally fun to read, and are even better when the crystal ball gazers are experts in the field. That’s the case with the paper Technological Tipping Points and Societal Impact, which polled 800 tech execs for their opinions of what’s ahead.

Another paper from the World Economic Forum focused on the workplace revolution: How technology will change the way we work, By Derek O’Halloran, August 13, 2015:

. . . Today, technological advances are rapidly making it possible to automate much of the work currently carried out by humans. This applies to both blue-collar jobs, through robotics and the Internet of Things, and white-collar work, through artificial intelligence. The wide applicability of these technologies has led to broad concern about the destruction of jobs. Indeed, according to a 2014 Oxford study, 47% of jobs in the US could be replaced by automated processes in the next two decades. . . .

The view seems to be lessening that automation will sort itself out by creating new jobs. Yes, clearly there will be new kinds of occupations coming, but they won’t replace the millions of jobs lost. Why would businesses spend large sums of money to install robots if the machines weren’t seen as being cheaper over the long run? Plus, smart machines are becoming less expensive so even small manufacturers can afford them — a basic Baxter robot costs $22,000. And most of the new future jobs will be for tech-savvy folks, not blue-collar workers.

The general upshot is that the jobless recovery (caused by automation as well as by excessive regulation) will become the new normal as more and more jobs are performed by automation, robots and computers.

Given a future of hugely decreased employment, there is ZERO need for worker immigration. Plus double zero for increased numbers of Muslim refugees, for whom there will be no jobs. The latter group may well grow angry with the lack of opportunity, which they will hear at the local mosque is due to islamophobia rather than advances in production techniques.

Why is technological unemployment not being discussed by the Presidential candidates? The Washington bubble of ignorance encompasses them too. Even those who talk about jobs don’t see the approaching employment train wreck of massive automation.

Within 10 years, the U.S. will see the first robotic pharmacist. Driverless cars will equal 10% of all cars on the road, and the first implantable mobile phone will be available commercially.

These predictions, and many others, were included in a World Economic Forum report, released this month. The “Technological Tipping Points Survey” is based on responses from 800 IT executives and other experts.

A tipping point is the moment when specific technological shifts go mainstream. In 10 years, many technologies will be widely used that today are in pilot or are still new to the market.

The Internet of Things will have a major role. Over the next decade there will be one trillion sensors allowing all types of devices to connect to the Internet.

Worldwide, the report estimates, 50 billion devices will be connected to the Internet by 2020. To put that figure in perspective, the report points out, the Milky Way — the earth’s galaxy — contains about 200 billion suns.

The ubiquitous deployment of sensors, via the Internet of Things, will deliver many benefits, including increases in efficiency and productivity, and improved quality of life. But its negative impacts include job losses, particularly for unskilled labor as well as more complexity and loss of control.

Robotics, too, will be a mixed bag. It will return some manufacturing back to the U.S., as offshore workers are replaced with onshore robots. But robotics — including the first robotic pharmacist — will result in job losses as well.

There’s concern that “we are facing a permanent reduction in the need for human labor,” said the report.

That may still be an outlier view. Efficiency and productivity gains have historically increased employment. But a shift may be underway.

“Science fiction has long imagined the future where people no longer have to work and could spend their time on more noble pursuits,” the report said. “Could it be that society is reaching that inflection point in history?”

That question doesn’t have a clear answer. The Industrial Revolution destroyed some jobs but created many more, the report points out. “It can be challenging to predict what kinds of jobs will be created, and almost impossible to measure them,” the report notes.