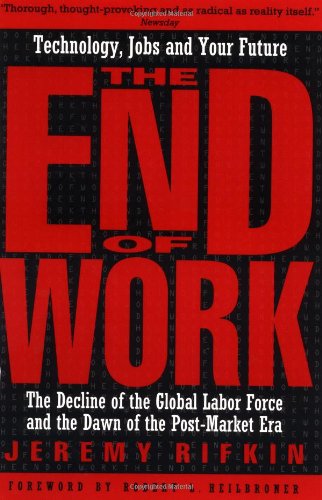 The growth of technology is a near constant in human history. Never before has it actually eliminated employment and posed a real challenge to our quality of life. But this time is different.

Not long ago, I filed some articles on automation

They received plenty of skepticism from readers who couldn’t imagine technology had a real downside.

But this time it’s different. As this video shows, the growth of technology may potentially make huge numbers of smart, dedicated people utterly unemployable.

Actually, it’s even more dire than the narrator says. What is not mentioned is the spectacular growth of global population. Just in my lifetime, the number of people on the planet has almost quadrupled from 2 billion in 1930 (about 130 million in the USA) to nearly 8 billion (over 325 million in the USA).

The need for human employees is declining as the demand for jobs is increasing. In such circumstances, mass immigration practically invites disaster. Our present open border policy is insane.

Yet it’s also profitable to pro-immigration elites who foist the costs of the invasion on citizens and taxpayers. Even before the recent Citizens United ruling, plutocrats were able to essentially buy elections. Citizens know it; the rise of Donald Trump in response is no accident.

Unless citizens can rally behind a candidate who will make patriotic immigration reform his number one priority, our country, rule of law, and way of life will be gone forever.

The growth of new technology, paradoxically, will lead us to a time of scarcity with millions more unemployable people. We don’t need to import more problems.

It’s time to make our political process work for us again.