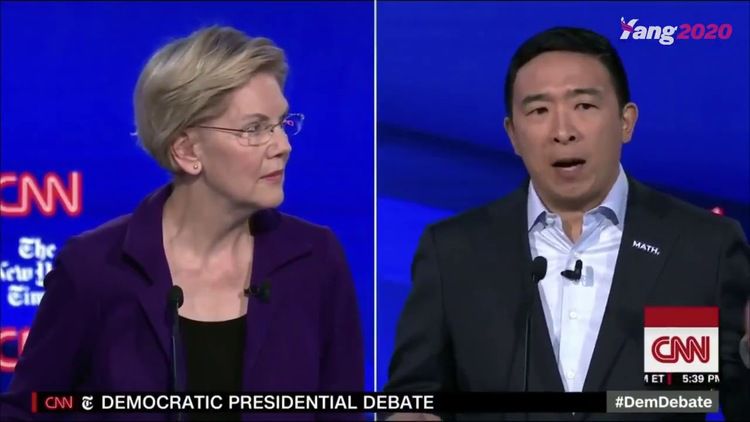 Automation At Democratic Debate: "The Reality That Americans See Around Us Every Single Day"

I couldn’t face watching three hours of Democrats jabbering at each other on Tuesday’s debate, but it was interesting that automation came up as a question from news person Erin Burnet (Transcript):

BURNETT: I want to turn now to jobs. According to a recent study, about a quarter of American jobs could be lost to automation in just the next 10 years. Ohio is one of the states likely to be hardest hit.

Senator Sanders, you say your federal jobs guarantee is part of the answer to the threat from automation, but tens of millions of Americans could end up losing their jobs. Are you promising that you will have a job for every single one of those Americans?

SANDERS: Damn right we will. And I’ll tell you why. If you look at what goes on in America today, we have an infrastructure which is collapsing. We could put 15 million people to work rebuilding our roads, our bridges, our water systems, our wastewater plants, airports, et cetera.

“Rebuilding” is not a clear career choice for young people, and anyway, construction is becoming at least as automated as other general fields. Most of the candidates who responded on the topic showed limited knowledge on the automation threat to employment.

Below, in certain types of manufacturing, human workers have largely disappeared from the floor as they are replaced by robots. 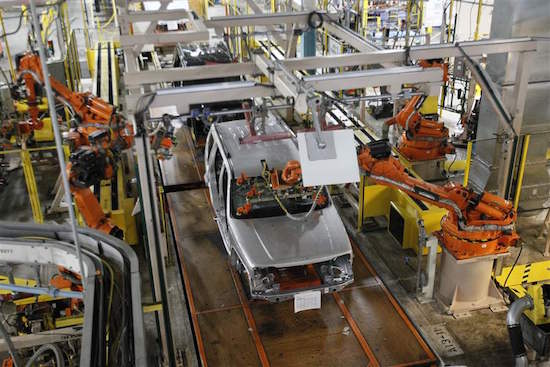 Senator Warren has been rising in the polls and may well be the Dems’ candidate, but she stuck to her anti-business position rather than recognizing the new and unique problem of smart machines:

BURNETT: Senator Warren, you wrote that blaming job loss on automation is, quote, “a good story, except it’s not really true.” So should workers here in Ohio not be worried about losing their jobs to automation?

YANG: Senator Warren, I’ve been talking to Americans around the country about automation. And they’re smart. They see what’s happening around them. Their Main Street stores are closing. They see a self-serve kiosk in every McDonalds, every grocery store, every CVS. Driving a truck is the most common job in 29 states, including this one; 3.5 million truck drivers in this country. And my friends in California are piloting self-driving trucks.

What is that going to mean for the 3.5 million truckers or the 7 million Americans who work in truck stops, motels, and diners that rely upon the truckers getting out and having a meal? Saying this is a rules problem is ignoring the reality that Americans see around us every single day.

This topic appearing in a debate is real progress. No such discussions occurred in the 2016 campaign.

Now if the Democrats would admit that automation makes low-skilled immigration obsolete. . .