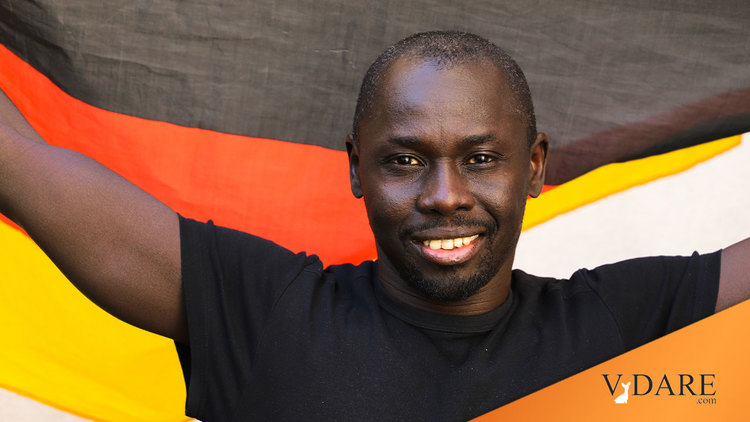 Auf Wiedersehen, Deutschland: Almost 30 Percent Of People Living In Germany Either Foreign Born Or Have One Foreign Parent

A recent report from Deutsche Welle should have people in the land of Goethe and Schiller and Bach and Beethoven wondering whether they live in Germany.

A new survey has found that well over one-quarter of people currently living in Germany are either foreigners or have at least one immigrant parent.https://t.co/G3NSFoWtY1

The number of either foreign born or those with at least one foreign parent has surpassed 27 percent, the website reported:

The latest numbers, published by Germany's statistics agency Destatis on Tuesday, show that “people with migrant background” make up 27.2% of Germany's population.

With some 82 million people living in the EU country, officials estimate that about 22.3 million are foreign-born or people with foreign roots — the highest number since the survey was first conducted in 2005.

Foreign nationals make up just under one half of the group.

Most of the people with migrant background trace their origin to Europe and Asia. Around 7.5 million have links to other EU nations, 3.5 million to the Middle East and 1.1 million to Africa.

When looking to individual countries, Turkey remains the largest point of origin with 12% of the group, followed by Poland with 10% and Russia with 6%.

If Turks are 12 percent of the population, they number 9.84 million. Unsurprisingly then, Turkish is the second most-spoken language at home. Eight percent speak it.

Also unsurprisingly, only 46 percent of foreigners, or those with foreign parents, speak German exclusively at home. That means a majority—54 percent—don’t.

Last year, 308,00 Ukrainians were living in Germany, a population bolstered by 335,000 who showed up after Russia invaded Ukraine.

If a German Ann Coulter is out there somewhere, she can borrow from ours: The New Germany is going to be great!