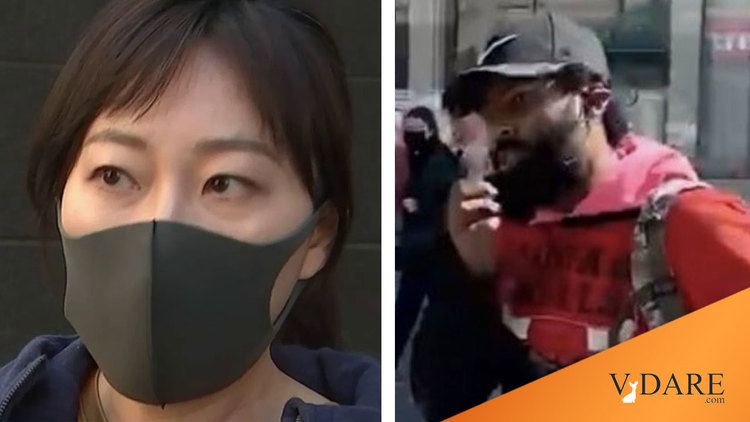 From CBS News in New York:

NEW YORK (CBSNewYork) — The NYPD announced Monday night it had made an arrest in the case of an Asian woman who was attacked as she was leaving a protest over the weekend.

It came amid a recent spike in anti-Asian violence in the city.

The incident happened at around 11:30 a.m. Sunday on Astor Place in the East Village.

Nursing a twisted, swollen ankle and a bruised lip, Katie Hou said she never thought something like this would happen to her.

She said she and her 7-year-old daughter had just left the Black and Asian solidarity rally in Union Square when a man approached her, asking for their sign, which read “Racist = Psychopath.”

The suspect’s complexion was described as “medium.”

Hou said she and he daughter walked away, but the suspect started stomping on the sign.

“I said, ‘What are you doing?’ And he just approached me and attacked me. I chase him and I tried to grab him,” Hou said.

I’m confused by that last paragraph.

Hou said he had punched her and she twisted her ankle running after him. She said she yelled at him as he ran away.

Later Sunday on the Lower East Side, police sources say a 54-year-old woman was smashed in the face with a metal pipe by a man who allegedly shouted an anti-Asian slur.

In this second anti-Asian crime, the arrested man’s name is Elias Guerro. No picture is available.

… Police are also looking for another man in connection to a similar crime. They say he yelled and punched a 66-year-old Asian man in the face on Allen Street on the Lower East Side on Saturday at around 9 a.m.

That video of the third anti-Asian crime is really fuzzy. He could be a white homeless guy or just about anything else.

Police arrested 36-year-old Marc Mathieu [right] over the weekend, charging him with assault as a hate crime for a subway attack Friday afternoon. He allegedly punched a 68-year-old Asian man on the 1 train.

The arrested man in the 4th anti-Asian crime in NYC is rather black. 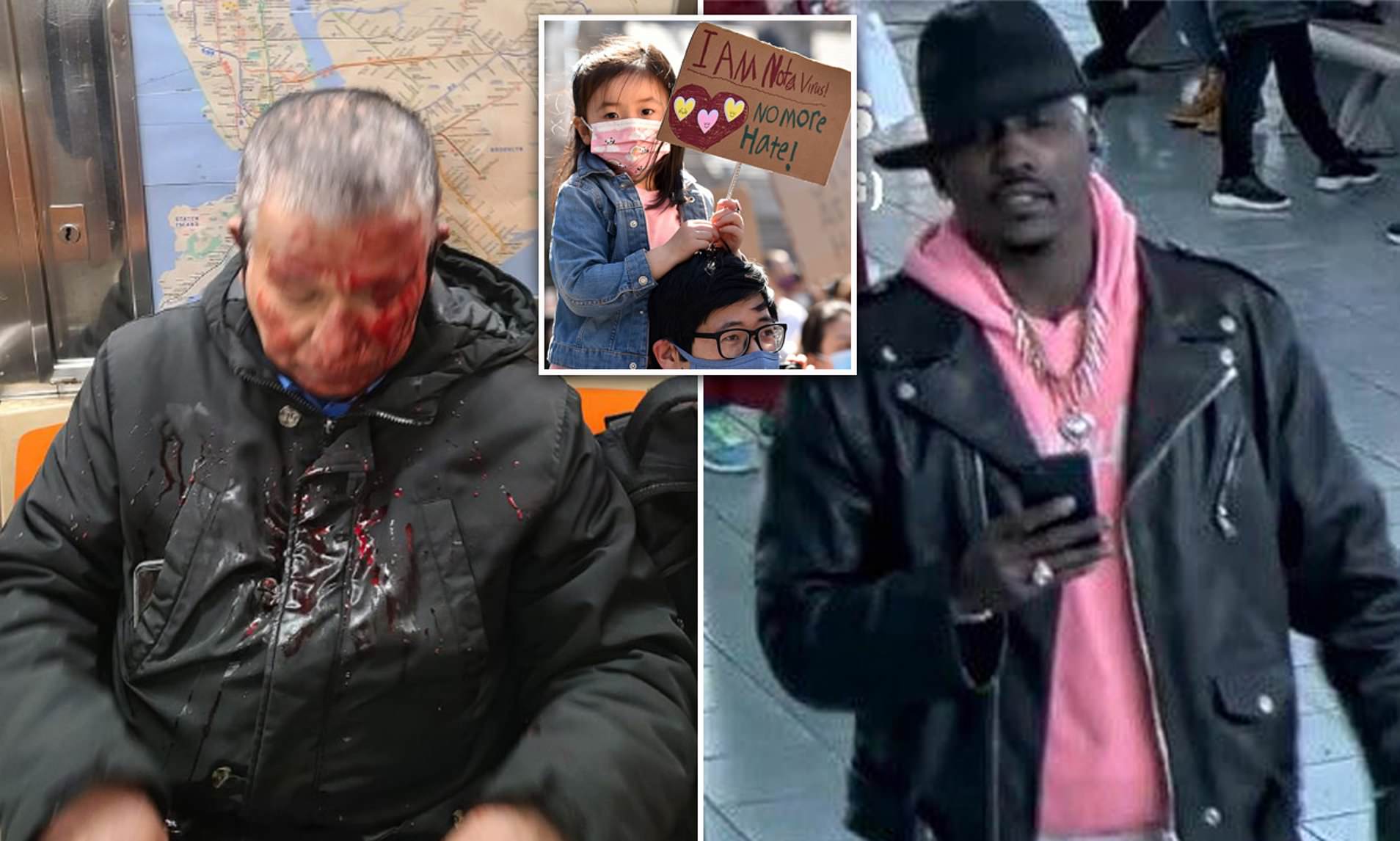