Ashkenazis: Half Middle Eastern, Half European? 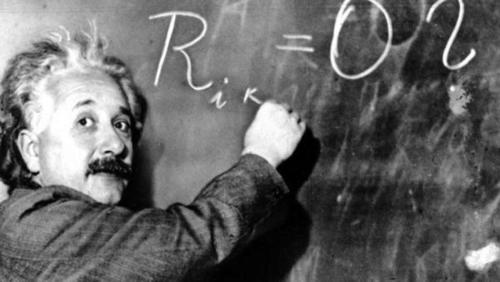 Albert Einstein and all other Ashkenazi Jews can trace their roots to a group of about 330 people who lived during the Middle Ages, a new study finds.

So says a new study in the journal Nature Communications. An international team of scientists sequenced the complete genomes of 128 healthy Ashkenazi Jews and compared each of those sequences with the others, as well as with with the DNA of 26 Flemish people from Belgium. Their analysis allowed them to trace the genetic roots of this population to a founding group in the Middle Ages. …

… Despite their close ties with Europe, no more than half of their DNA comes from ancient Europeans, the researchers found. Only 46% to 50% of the DNA in the 128 samples originated with the group of people who were also the ancestors of the Flemish people in the study. Those ancient people split off from the ancestors of today’s Middle Easterners more than 20,000 years ago, with a founding group of about 3,500 to 3,900 people, according to the study.

The LA Times article comes illustrated with pictures of Einstein and some guy who isn’t Einstein.

The Ashkenazi Jewish (AJ) population is a genetic isolate close to European and Middle Eastern groups, with genetic diversity patterns conducive to disease mapping. Here we report high-depth sequencing of 128 complete genomes of AJ controls. Compared with European samples, our AJ panel has 47% more novel variants per genome and is eightfold more effective at filtering benign variants out of AJ clinical genomes. Our panel improves imputation accuracy for AJ SNP arrays by 28%, and covers at least one haplotype in ?67% of any AJ genome with long, identical-by-descent segments. Reconstruction of recent AJ history from such segments confirms a recent bottleneck of merely ?350 individuals. Modelling of ancient histories for AJ and European populations using their joint allele frequency spectrum determines AJ to be an even admixture of European and likely Middle Eastern origins. We date the split between the two ancestral populations to ?12–25?Kyr, suggesting a predominantly Near Eastern source for the repopulation of Europe after the Last Glacial Maximum.

There has always been a lot of controversy, scientific and political, over the ancestry of the Ashkenazi Jews who founded Israel: are they from the Holy Land or from Europe? This study comes up with a 50-50 split, which shouldn’t come as a surprise to long-time iSteve readers: arguments that go on for a long time tend to be more or less 50-50 propositions.