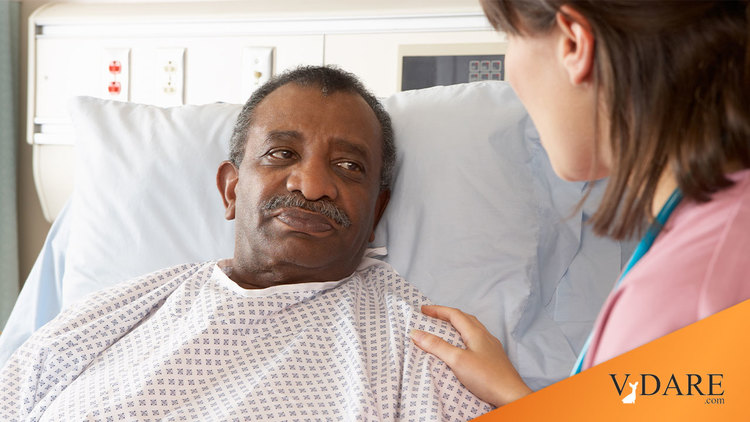 Antiquarianism Exemplified: "The Black Mortality Gap, And A Document Written In 1910"

A general obsession of mine is trends in quality of thinking. I’m in favor of the spread of better ways of thinking and against worse ways. One bad trend I’ve noticed is increased antiquarianism. To be precise, what we’ve been seeing is an increase in the idea that today is less influenced by recent events than by distant events. For example, the reason black neighborhoods have lower property values today is not because of recent high crime rates in black neighborhoods but because of redlining.

The Black Mortality Gap, and a Document Written in 1910

Some clues on why health care fails Black Americans can be found in the Flexner Report.

Doctors used to kill at least as many patients as they cured, but in the late 19th century some medical institutions finally got more serious about science and professionalism, most influentially in the U.S. the Johns Hopkins medical school / teaching hospital that combined the traditional med school mode of lectures with hands-on apprenticeship in the adjoining hospital under the best doctors. In 1910, the Carnegie Foundation paid for the Flexner Report that called for applying the Johns Hopkins model to all med schools.

… Black Americans die at higher rates than white Americans at nearly every age.

And white Americans die at higher rates than Asian-Americans and even Hispanic-Americans.

But who cares about investigating those counter-Narrative facts when we can have the umpteenth cliched black-white tunnel vision article?

… The overall mortality disparity has existed for centuries. Racism drives some of the key social determinants of health, like lower levels of income and generational wealth; less access to healthy food, water and public spaces; environmental damage; overpolicing and disproportionate incarceration; and the stresses of prolonged discrimination.

But the health care system also plays a part in this disparity.

Some clues to why health care is failing African Americans can be found in a document written over 100 years ago: the Flexner Report.

… The new rules brought advances to doctors across the country, giving the field a new level of scientific rigor and protections for patients.

But there was also a lesser-known side of the Flexner Report.

Black Americans already had an inferior experience with the health system. Black patients received segregated care; Black medical students were excluded from training programs; Black physicians lacked resources for their practices. Handing down exacting new standards without the means to put them into effect, the Flexner report was devastating for Black medicine.

Of the seven Black medical schools that existed at the time, only two — Howard and Meharry — remained for Black applicants, who were barred from historically white institutions.

The new requirements for students, in particular the higher tuition fees prompted by the upgraded medical school standards, also meant those with wealth and resources were overwhelmingly more likely to get in than those without.

The report recommended that Black doctors see only Black patients, and that they should focus on areas like hygiene, calling it “dangerous” for them to specialize in other parts of the profession. Flexner said the white medical field should offer Black patients care as a moral imperative, but also because it was necessary to prevent them from transmitting diseases to white people. Integration, seen as medically dangerous, was out of the question.

The effect was to narrow the medical field both in total numbers of doctors, and the racial and class diversity within their ranks. …

And so emerged a vision of an ideal doctor: a wealthy white man from a Northern city.

And what did they ever accomplish? How much better is American medical treatment really than in 1910?

… Dr. Byrd, born in 1943 in Galveston, Texas, grew up hearing about the pain of slavery from his great-grandmother, who was emancipated as a young girl. Slavery’s disastrous effects on Black health were clear.

Which is why African-Americans have so much shorter life expectancies than West Africans.

But by the time he became a medical student, those days were long past — why was he still seeing so many African Americans dying?

Obviously, because of ancient events rather than current events.

Dr. Linda A. Clayton had the same question.

Her grandfather had also been emancipated from slavery as a child. And growing up, she often saw Black people struggle with the health system …

Earlier this year, an A.M.A. article estimated there are 30,000-35,000 fewer Black doctors because of the Flexner Report.

Today, Black people make up 13 percent of Americans, but 5 percent of physicians — up just two percentage points from half a century ago. In the higher-paying specialties, the gap grows. Doctors from less wealthy backgrounds and other disadvantaged groups are underrepresented, too.

This disparity appears to have real-world effects on patients. A study showed Black infant mortality reduced by half when a Black doctor provided treatment.

That’s not because white doctors through malevolence or apathy are killing black babies, that’s because of what you just mentioned in the previous paragraph: “In the higher-paying specialties, the gap grows.” In other words, healthy black babies are frequently seen by black doctors, but unhealthy black babies in danger of death are referred to expert specialists, who are less likely to be black.