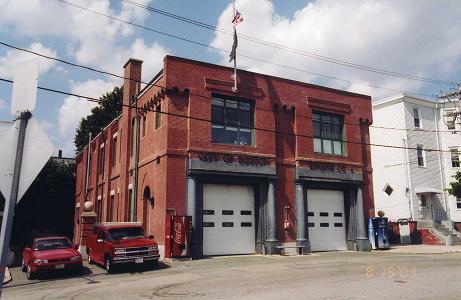 Recently, in the Boston Herald:

"A Boston firefighter is mending from what could have been deadly stab wounds he suffered early yesterday morning when he was allegedly jumped in East Boston while off duty by a group of Hispanic males who told him they 'don't want any gringo here.'

"Though police are not classifying the incident as racially fueled, the Boston Police Department's Community Disorders Unit is investigating. The 32-year-old jake, whose name officials were not releasing, is white." [emphasis added]

Of course, it's not just the Boston police bureaucracy that are a bunch of doofi (my preferred plural for "doofus"). This eclectic article by John Derbyshire provides grit-your-teeth-amusing accounts of the metastasizing uselessness of American government at all levels. In particular, read the gems under Derb's subheads "Upright Abe’s Gettysburg Address," "Early drop-out," and "Nightmare on 21st Street."