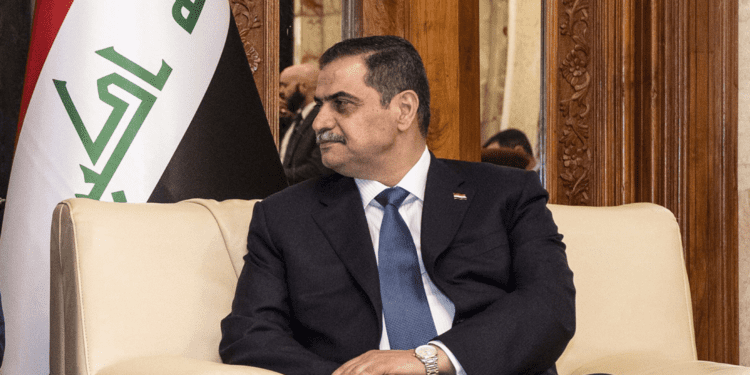 An Immigrant in Sweden Is Doing the Jobs Swedes Just Won't Do: Welfare Embezzler and Defense Minister of Iraq

Iraq’s defence minister, Najah al-Shammari, has been reported for benefits fraud in Sweden after claiming child and housing support for years, despite living in Baghdad.

Al-Shammari, who is registered in Sweden with the surname Najah Al-Adeli, emigrated to Sweden in 2009, became a Swedish citizen in 2015, and is still officially registered as living in the Stockholm suburb of Vårby.

According to Sweden’s Expressen newspaper, al-Shammari and his wife were reported two weeks ago for benefits fraud after continuing to claim payments years after returning to Iraq.

According to the Aftonbladet newspaper, the 52-year-old has also previously received sick pay, claiming that memory problems left him unable to work.

A judgement in the Civil Courts obtained by Expressen stated that al-Shammari and his family had, “for a long time been partly dependent on welfare support”.

Al-Shammari is a former major general in the Iraqi Army, receiving a degree in military science in 1987.

Toni Eriksson, press secretary for Sweden’s defence minister Peter Hultqvist, confirmed to Swedish state broadcaster SVT on Friday that Al-Shammari is a Swedish citizen — something that was denied by the Iraqi political coalition that pushed for his appointment.

It is permitted for Iraqis to have dual citizenship, but under the country’s constitution, those holding top ministerial positions are required to renounce citizenships of foreign countries.

Neighbours who SVT visited also confirmed that al-Shammari and al-Adeli were the same person. …

Al-Shammari and his family arrange for post to be sent to the address and also return to Sweden for a week every year to give the impression of living in the country.

According to the Nyheter Idag, the couple have also claimed that their children attend a Stockholm private school.

Al-Shammari was also charged in 2016 for a serious crime, and held in pre-trial detention, but the case was dropped just a few days before the trial began.