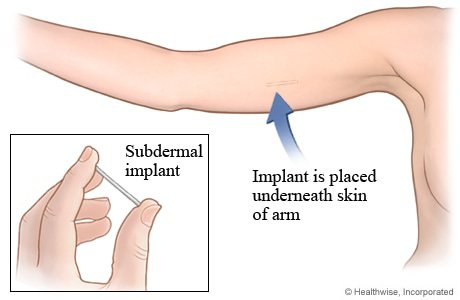 An Astonishing Discovery in the History of Social Theory: Contraceptive Implants Help Minorities!

Amazingly enough, it turns out that when the government and billionaire-funded foundations actively promote the kind of long-term contraception methods that poor women of color find easy to use effectively, it actually cuts the birthrate of children who wouldn’t get a good start in life. Who could possibly have imagined this to be true?

Colorado’s Effort Against Teenage Pregnancies Is a Startling Success By SABRINA TAVERNISE JULY 5, 2015

The article doesn’t mention it, but Walsenburg, Colorado is 56% Hispanic and 5% American Indian.

Over the past six years, Colorado has conducted one of the largest ever real-life experiments with long-acting birth control. If teenagers and poor women were offered free intrauterine devices and implants that prevent pregnancy for years, state officials asked, would those women choose them?

They did in a big way, and the results were startling. The birthrate for teenagers across the state plunged by 40 percent from 2009 to 2013, while their rate of abortions fell by 42 percent, according to the Colorado Department of Public Health and Environment. There was a similar decline in births for another group particularly vulnerable to unplanned pregnancies: unmarried women under 25 who have not finished high school.

“Our demographer came into my office with a chart and said, ‘Greta, look at this, we’ve never seen this before,’ ” said Greta Klingler, the family planning supervisor for the public health department. “The numbers were plummeting.”

The changes were particularly pronounced in the poorest areas of the state, places like Walsenburg, a small city in Southern Colorado where jobs are scarce and unplanned births come often to the young. Hope Martinez, a 20-year-old nursing home receptionist here, recently had a small rod implanted under the skin of her upper arm to prevent pregnancy for three years. She has big plans — to marry, to move West, and to become a dental hygienist.

“I don’t want any babies for a while,” she said.

More young women are making that choice. In 2009, half of all first births to women in the poorest areas of the state happened before they turned 21. By 2014, half of first births did not occur until they had turned 24, a difference that advocates say gives young women time to finish their educations and to gain a foothold in an increasingly competitive job market.

“If we want to reduce poverty, one of the simplest, fastest and cheapest things we could do would be to make sure that as few people as possible become parents before they actually want to,” said Isabel Sawhill, an economist at the Brookings Institution. She argues in her 2014 book, “Generation Unbound: Drifting Into Sex and Parenthood Without Marriage,” that single parenthood is a principal driver of inequality and long-acting birth control a powerful tool to prevent it.

Teenage births have been declining nationally, but experts say the timing and magnitude of the reductions in Colorado are a strong indication that the state’s program was a major driver. About one-fifth of women ages 18 to 44 in Colorado now use a long-acting method, a substantial increase driven largely by teenagers and poor women.

The surge in Colorado has far outpaced the growing use of such methods nationwide. …

Colorado’s program, funded by a private grant from the Susan Thompson Buffett Foundation, named for the billionaire investor Warren Buffett’s late wife, was the real-world version of a research study in St. Louis, (also paid for by the foundation, which does not publicly acknowledge its role) that came to the same conclusion: Women overwhelmingly chose the long-acting methods, and pregnancy and abortion rates plunged.

“The difference in effectiveness is profound,” said Dr. Jeffrey Peipert, a professor of obstetrics and gynecology at Washington University in St. Louis, who ran the study. The failure rate for the pill was about 5 percent, compared with less than 1 percent for implants and IUDs.

The methods are effective because, unlike the pill, a diaphragm or condoms, they do not require a woman to take action to work.

Seriously, this was all obvious decades ago, but then the American establishment decided it was racist to help poor blacks and Hispanics not have so many babies. That’s basically Nazi eugenics.

So, here we are a generation later only now rediscovering that when white America dares promote reproductive responsibility among poor, ill-educated Hispanic females, they respond.

In contrast, when the Israeli Establishment quickly got tired of the Ethiopians they had let in so liberal American Jews could feel good about Zionism not being racist, they hustled the Falasha women onto Depo-Provera, with similar effective results.