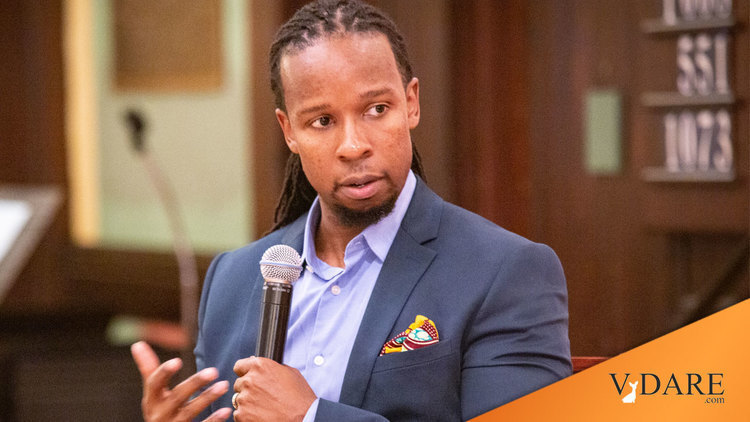 Americans Are Biased IN FAVOR Of Black Authors

Do book consumers discriminate against Black, female, or young authors?

The researchers posed as a book publisher conducting market research on potential titles and showed covers and marketing materials including made-up authors’ photos with names (e.g., Alexander Williams) that could be white or black for the made-up books with the authors randomly switched around. They hired 9000 Mechanical Turk people to rate their interest in the phony books and how impressed they were by the authors’ qualifications. These made-up books lack the sesquipedalian subtitles that are a major feature of the last few decades of book publishing, but otherwise they look realistic one-by-one, although after looking at a number of these generic covers you might start guessing that something else is really going on.

Across all three response variables, consistent with our hypothesis, we do not find evidence of discrimination against Black or female authors. Rather, we find a robust result of significant taste-based preference in favor of Black authors. Though significant (all coefficients have p < 0.001), the differences related to evaluation are clinically small: less than a tenth of a point on the 4-point purchase interest measure and 0.11 of a point across all models on the 5-point author credentials measure. In contrast, respondents showed a substantial difference in willingness to pay of between $0.47 and $0.51 more for books by Black authors. This difference in willingness to pay translates to about 3.5% of the mean book price of $14.19.

Contrary to our hypothesis of no discrimination based on age, we do find significant (p < 0.001) favorable differences in the evaluations of Boomer and GenX authors’ credentials compared to Millennials. Again, however, these differences are clinically insubstantial, between 0.04 and 0.06 points on a 5-point scale. Moreover, they do not translate into differences in interest in purchasing the books or in what respondents are willing to pay. …

While our respondents noted the race and gender of the authors presented to them, an author’s gender seemed to have no negative significant bearing on their interest in a book, their evaluation of the author as qualified, or the price they were willing to pay for the book. Respondents also tended to see Millennial authors as having less expertise than older authors. The difference was very small and did not translate into any difference in either interest in purchasing the book or in the price they were willing to pay. Moreover, contrary to the author demographics in publishing, our respondents showed a slight but marked preference for Black authors that translated into a willingness to pay about $0.50 more for their books, or 3.5% more than average. This seemingly small difference in book price may translate into a substantial difference in profitability over a book’s sales lifecycle. This result represents the strongest effect in our experimental findings. Moreover, this preference for Black authors was robust, seemingly unaffected by genre or by the race of the respondent—although Black respondents had a marginally more favorable view of Black authors’ credentials than did others. Thus, in our experiment, consumers showed a willingness to pay more for books by Black authors, a finding that suggests the potential for enhanced profitability across a wide range of genres and not only those related specifically to race and ethnicity, the traditional topics to which Black authors have often been relegated.

Our study has several limitations. First, this is a study of stated preferences and not of actual purchasing behavior. Despite reporting greater interest in books by Black authors and a willingness to pay slightly more for their books, we do not know to what extent these reports would accurately reflect either actual behavior of our respondents or patterns of buying in the book market more broadly. Second, data collection occurred at the height of the Black Lives Matter protests during the summer of 2020. These protests highlighted the grim history and current situation of racial inequality in the U.S. In relation to this experiment, the ongoing national conversation on these issues may have sensitized respondents to issues of race and racism and may have increased conscious or unconscious bias in favor of Black authors and their books. …

Also, people doing Mechanical Turk to make a few bucks tend to be more liberal because they are broke, younger, and more conscientious.

While we find no evidence of discrimination against groups based on age, gender, or race, there is nonetheless the possibility we might find biases against groups at the intersection of these characteristics, for example, against Black women or against older White men. We tested for these interactions (and the data and code are available in our supplemental materials). (We ran random effects models for (a) race × gender, (b) age × gender, (c) race × age, and (d) race × gender × age with and without demographic control variables. No interaction effect was significant at α = 5%. Moreover, observed effect sizes even at α = 10% were tiny—1/16th of a point on the Likert scale for the responses “Author Credentials” and “Purchase Interest”—and not present at all for the response “Willingness to Pay”.) …

My guess is that being a working author is a more arduous and less lucrative way to monetize America’s pro-black bias as opposed to being on TV, like Neil deGrasse Tyson, with selling books a sideline of your TV celebrity.

An interesting question, though, is why there aren’t more Neil deGrasse Tysons who make use of America’s pro-black bias by becoming television experts on non-race subjects. For example, here’s a gig that might pay: be a black military historian who is the go-to guy for hosting shows about World War II.

It’s probably just too hard an entry barrier. One of our commenters was a fellow grad student with Tyson, and while Tyson isn’t a genius astronomer, he does know a whole lot about the subject relative to the public to go along with his big showman personality.