Our elected representatives are currently busy working to a approve another big trade deal — the Trans-Pacific Partnership (TPP) plus fast track — the details of which are secret. Previous globalist agreements like NAFTA promised shrinking trade deficits for America and increased jobs for US workers, but instead produced the opposite result.

We know the previous free trade scams failed miserably, but this time, it’ll work for sure! So the liars assure us. 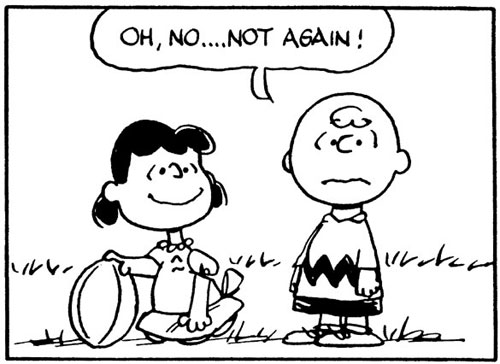 Globalism expert Pat Buchanan counts $11 trillion in trade deficits since the first Bush, along with 55,000 factories and 5-6 million manufacturing jobs that went missing in the first decade of this century. But Obama and a gaggle of other political elites believe we need more “free” trade that benefits only the ultra-wealthy.

There’s nothing wrong when billionaires make more money, but not when they do so by screwing the American middle class through political scheming.

Interestingly, the same Democrats who don’t mind illegal aliens flocking in the millions to steal Americans’ jobs claim to be shocked, shocked by trade deals that harm US workers. Senator Elizabeth Warren (D-MA) cautioned that the TPP’s fine print could help “ship American jobs overseas.” Senator Sherrod Brown (D-OH) found it “maddening” that Obama was engaged in spirited lobbying of Dems over his trade agenda unlike anything the President has done before. Bill Clinton’s Labor Secretary Robert Reich admitted that he “used to believe in trade agreements” until he perceived that they “ravage the middle class.”

Sadly, the TPP has boosters among the Republicans, who are catering to their big business funders.

Unsurprisingly, America’s Senator is not among them, and is instead leading the resistance. On May 4, Senator Sessions posted a detailed explanation of the faults: Top Five Concerns With Trade Promotion Authority.

It seems the current trade conglomeration not only includes the usual decrease in national sovereignty and worsened trade deficits, but it also provides for immigration increases — as if Obama’s open borders and no-deport policy haven’t dumped enough surplus workers already.

Sessions appeared on the John Fredericks radio show in April and discussed the trade controversy, starting at 8:40 in the video following.

SESSIONS: They’re asking us to have a fast-track proposal that would allow this thing to go forward with a simple majority vote without amendments, and we don’t know what’s in it number one; number two, it’s got — Virginian James Madison would turn over in his grave — this is going to be a “living document” so the treaty signatories are able to change it at any time if we authorize it to go forward. So we don’t know what’s in it, we don’t have amendments and it does appear that the president can negotiate immigration rules, contrary to law of the United States if we pass this legislation. And we know he’ll push it as far as he can.

The concept of legislation being a squishy “living document” that can be changed at the whim of some elite shows how far we have fallen from being a Nation of Laws. This deal is really banana republic stuff and the shenanigans should be voted down on that basis alone.

Senator Sessions fired off a letter this week to the globalist in the White House (and everyone else), raising important questions about the trade scheme from hell.

You have asked Congress to approve fast-track legislation (Trade Promotion Authority) that would allow international trade and regulatory agreements to be expedited through Congress for the next six years without amendment. Fast-track, which proponents hope to adopt within days, would also ensure that these agreements—none of which have yet been made public—could pass with a simple majority vote, rather than the 67 votes applied to treaties or the 60 votes applied to important legislative matters.

The first international trade and regulatory agreement that would be expedited under “fast-track” is the Trans-Pacific Partnership, or TPP. This is one of the largest international compacts in the history of the United States. Yet, this agreement will be kept a closely-guarded secret until after Congress agrees to yield its institutional powers and provide the Administration with a guaranteed “fast-track” to adoption.

The U.S. ran a record $51.4 billion trade deficit in March, the highest-level recorded in six years. This is especially concerning since assurances were made from the Administration that the recent South Korea free trade deal would “increase exports of American goods by $10 billion to $11 billion.” But, in fact, American domestic exports to Korea increased by only $0.8 billion, an increase of 1.8 percent, while imports from Korea increased $12.6 billion, an increase of 22.5 percent. Our trade deficit with Korea increased $11.8 billion between 2011 and 2014, an increase of 80.4 percent, nearly doubling in the three years since the deal was ratified.

Overall, we have already lost more than 2.1 million manufacturing jobs to the Asian Pacific region since 2001.

Former Nucor Steel Chairman Daniel DiMicco argues that we have not been engaged in free trade but in “unilateral trade disarmament and enablement of foreign mercantilism.”

Due to the enormity of what is at stake, I believe it is essential Congress have answers to the following questions before any vote is scheduled on “fast-track” authority.

1. Regarding the “Living Agreement”: There is a “living agreement” provision in TPP that allows the agreement to be changed after adoption—in effect, vesting TPP countries with a sweeping new form of global governance authority. TPP calls this new global authority the “Trans-Pacific Partnership Commission.” These measures are unprecedented. While I and other lawmakers have been able to view this provision in secret, I believe it must be made public before any vote is scheduled on TPA, due to the extraordinary implications. I call on you today to make that section of TPP public for the American people to see and review.

2. Regarding trade deficits: Will TPP increase or reduce our cumulative trade deficit with TPP countries overall, and with Japan and Vietnam specifically?

3. Regarding jobs and wages: Will TPP increase or reduce the total number of manufacturing jobs in the United States generally, and American auto-manufacturing jobs specifically, accounting for jobs lost to increased imports? Will average hourly wages for U.S. workers, including in the automobile industry, go up or down and by how much?

4. Regarding China: Can TPP member countries add new countries, including China, to the agreement without future Congressional approval?

5. Regarding foreign workers: TPA is a six-year authority. Can you state unconditionally that no agreement or executive action throughout the lifetime of TPA will alter the number, duration, availability, expiration enforcement, rules, or processing time of guest worker, business, visitor, nonimmigrant, or immigrant visas to the United States?

Thank you for your responses to these questions. Congress has an obligation to defend the legitimate interests of U.S. workers, and the rights of all Americans as citizens of a sovereign Republic.