Crime victims of illegal aliens were a topic in the Tuesday hearing for Jeff Sessions’ appointment to be Attorney General in the Trump Administration. Nebraska Senator Ben Sasse brought up the case of Omaha constituent Sarah Root who was killed by an illegal alien just a day after she graduated from college. If that wasn’t bad enough, some local authorities allowed the drunk-driving Honduran Edwin Mejia to post bond and escape. The bond was just $50,000, meaning Mejia needed only 10 percent of that, $5000, to get out of jail and leave the country.

The systemic lawlessness of the Obama regime has been a plague upon the land and the cause of many preventable deaths caused by illegal aliens. As Senator Jeff Sessions remarked in a hearing about crime victims of illegal aliens, “This administration has consistently and steadfastly placed the goal of amnesty above the goal of public safety.”

Crime victims of illegal aliens are important people to President-elect Trump also, who discussed them (including Sarah) in his acceptance speech and gave three parents a forum to speak at the GOP convention about the loss of their children. 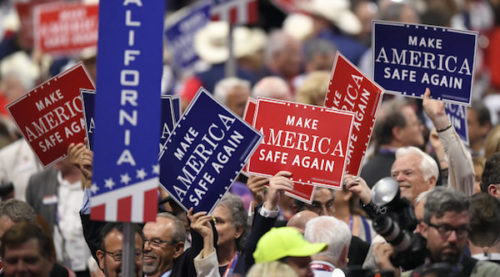 In Tuesday’s hearing, details of the conversation between Senators Sasse and Sessions illustrate what an unworkable mess immigration enforcement has become after eight years of its dismantling by Obama.

SENATOR BEN SASSE: Senator Sessions, I’d like to talk a little bit about the Sarah Root case: I know that you and I have discussed it briefly last summer. Sarah Root was woman who was killed a year ago this month in Omaha; she’d just graduated from college and she was killed by a drunken street racer. Omaha authorities believe that this guy had been engaged in similar activity many times in the past. He was an illegal immigrant, he ran into her car, killed her right after her graduation, he was detained by Omaha police, they ultimately notified the department of Homeland Security.

This guy is a flight risk — he was able to post a fairly insignificant bond and he disappeared. The Department of Homeland Security did nothing to detain the guy despite the fact that the Douglas County Sheriff and the Omaha Police Department asked that he be detained. The Obama administration determined that it wasn’t an enforcement priority.

I don’t wanna hold you to specifics on this case here, but I want to get your pledge in this context. I want to hear you talk generally about the coordination between state and local law enforcement on the illegal immigration activities and in particular in cases where serious crimes have been committed. But i wonder if you would pledge now that if i send you a letter the day after you’re confirmed, would you give expeditious attention to responding with some of these details about how enforcement priorities are set inside the federal government

SENATOR JEFF SESSIONS: Thank you Senator Sasse, I certainly will, and it does represent important failures that we’re seeing too often in our system today.

SASSE: Do you have any top-line thoughts on the way local and state officials interact with federal officials on immigration cases?

SESSIONS: Well the immigration enforcement procedures the courts have held are exclusively the power of the federal government, but it’s also clear that a state official has the right to ask somebody for the offense of crossing the border illegally, they have the right to arrest people who have entered the country illegally or repeatedly entered the country illegally for any kind of offense, including the offense of re-entering illegally, and the co-operative system should work in a way that the federal government then evaluates whether or not they want to put a hold on in order not to release that person until they can take them and see them be deported.

And it’s failing in a whole number of ways — you’ve got the sanctuary cities who refuse to tell Homeland Security that they’ve got somebody that’s committed a serious crime so they can be deported, they refuse to honor detainers. On the other side, we’ve got Homeland Security too often having standards or failing to follow up on serious offenses of people who should be deported. So in both aspects I think, Senator Sasse, I think we can do much better and this country has every right to deport persons who are here unlawfully who violate our criminal laws in some other aspect and they should indeed be promptly deported.

SASSE: Thank you, we’ll follow up with the letter, because this guy Edwin Mejia who killed Sara Root — it was obvious to everybody engaged locally, lots of law enforcement and the family whose daughter was killed that this guy was a flight risk, and everyone was screaming to the feds, please don’t let this guy disappear before he can stand trial. He’s now in the top ten most wanted list and nobody thinks he’s ever going to be found. Everybody believes he left the country and this kind of case isn’t an isolated case — it’s a kind of handoff between federal and local law enforcement that could happen repeatedly if you don’t have a federal government that has any clear policies. So we’d like to send you a letter right after your confirmation, asking for clarity about how federal enforcement actions are prioritized.

SESSIONS: And Senator Sasse, I would note that fundamentally that would be a Homeland Security issue initially, and they need to set the standards of what they should and should not do, and I would think that General Kelly would be quite willing to also talk with you about it, as will I.