The latest anti-military effort from the White House is the plan to admit illegal aliens to Americas armed forces.

The announcement comes less than three months after the Pentagon retired thousands of soldiers as they served in Afghanistan (Sending pink slips to a war zone, NY Post, July 9). On September 22, it was reported that Army chief of staff Gen. Ray Odierno declared that thousands more active-duty troops could be cut. 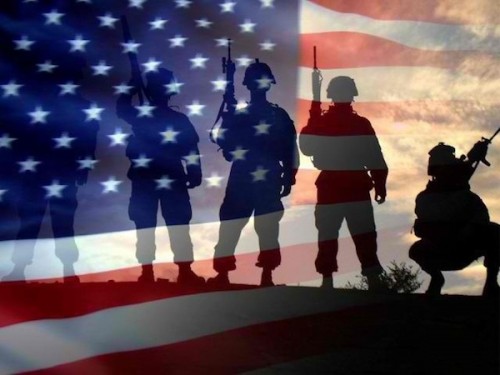 But the administration wants to make a special place for its DACA foreigners, even as it discards loyal American service members.

On Friday, Senator Jeff Sessions issued a press release suggesting that the Presidents policy is wrong-headed and harmful to Americans. He also pressed the case for returning the nation to legality in immigration rather than the present anarchy, dangerous to national security.

WASHINGTON—U.S. Sen. Jeff Sessions (R-AL), a senior member of the Senate Judiciary Committee, released a statement today concerning the President’s new effort to recruit illegal immigrants and visa overstays into the U.S. military. Sessions also detailed the actions the President should be taking, instead of pursuing an illegal executive amnesty:

“With an unprecedented illegal immigration crisis raging, the President announces not enforcement actions to reduce illegality, but yet one more in an endless series of executive actions to further undermine immigration law. Once more, he has taken unilateral executive action that signals to the world that our borders are not being enforced.

The President is launching a new effort to recruit illegal immigrants and visa overstays for the military at a time when thousands of career military personnel are facing layoffs—meaning that the President’s recruitment program will directly displace American military personnel. Military service is a high calling, and a noble career, and is most certainly not a job Americans won’t do.

The President has further pledged that, following the midterm elections, he will issue a sweeping executive amnesty for 5–6 million illegal immigrants and visa overstays. This executive amnesty will include work authorization, taking precious jobs directly from American workers at a time when 28.9 million Americans in their prime working years (25–54) don’t have a job.

Instead of circumventing the law to eliminate our immigration controls, any President who cares about the rule of law would instead be taking lawful, constitutional executive actions to restore those laws and end the illegality. Here are just a few of the concrete, lawful steps the President is duty-bound to undertake:

According Military.com, the U.S. must “get picky” in military recruiting due to force reductions.

ICE officers requested a meeting with President Obama over one-and-half years ago. The President refused the meeting, but invited illegal immigrants to meet in the Oval Office.