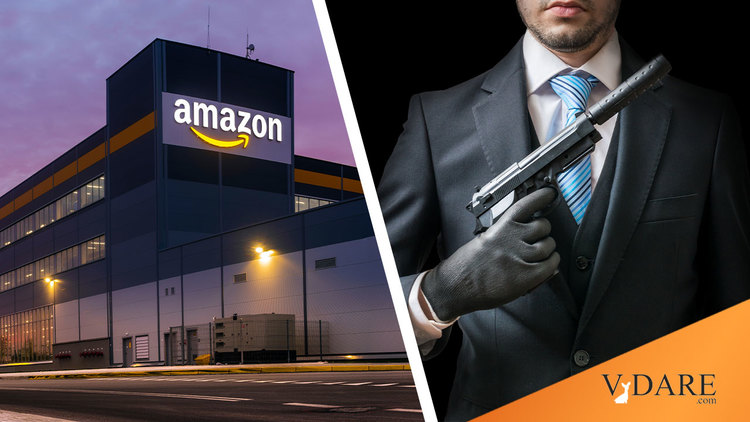 The ex-Amazon Mexico CEO has been on the run for several years now.

That got me wondering, what if Amazon sold hitman services? I could picture Amazon offering dozens of cartel sicarios, each with scores of contradictory reviews, for widely varying prices that fluctuate hourly according to an ingenious algorithm drawn up by Amazon’s Ph.D. economists (but might just be a random number generator for all anybody can tell).

In contrast, for $49,999, Costco would offer a name brand Blackwater hitman, alternating every three weeks with Black Cube and Wagner Group. Costco’s Kirkland store brand trigger-puller for $44,999 would come with no information as to his provenance, but he’d be guaranteed to hold the French Foreign Legion’s highest award for marksmanship.

Walmart would offer a cashiered corporal from the Myanmar Army with a .22 pistol for $3,499.

Dollar General gets you a carful of homies and a Glock, all for the low price of saying your target dissed them.