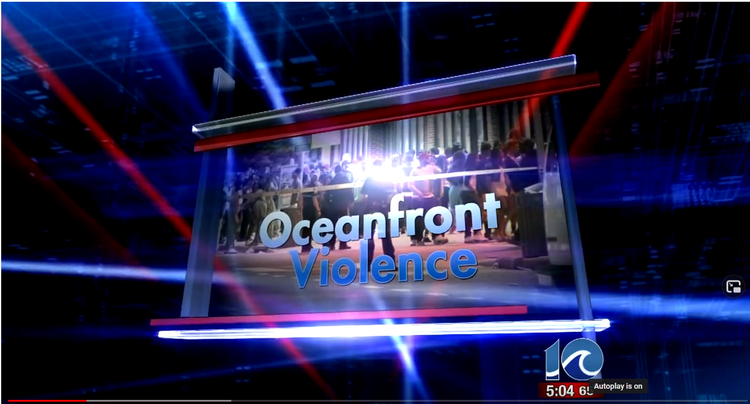 The events “reported” here did not happen.

The family of Anas Harmache owns a restaurant in Virginia Beach. He posted a video on his Facebook page that captured some of black mob violence.['Beach week' draws black crowd - and violence, By Colin Flaherty, WND.com, April 29, 2013]

That “video” is a complete fabrication.  The “black mob” are hired professional actors, anyone can see that.

It is time the Justice Department and the FCC took a strong line with this insidious, divisive, so-called “reporting.”

Next thing you know, some columnist will be writing articles advising nonblack kids to steer well clear of “events” like this.