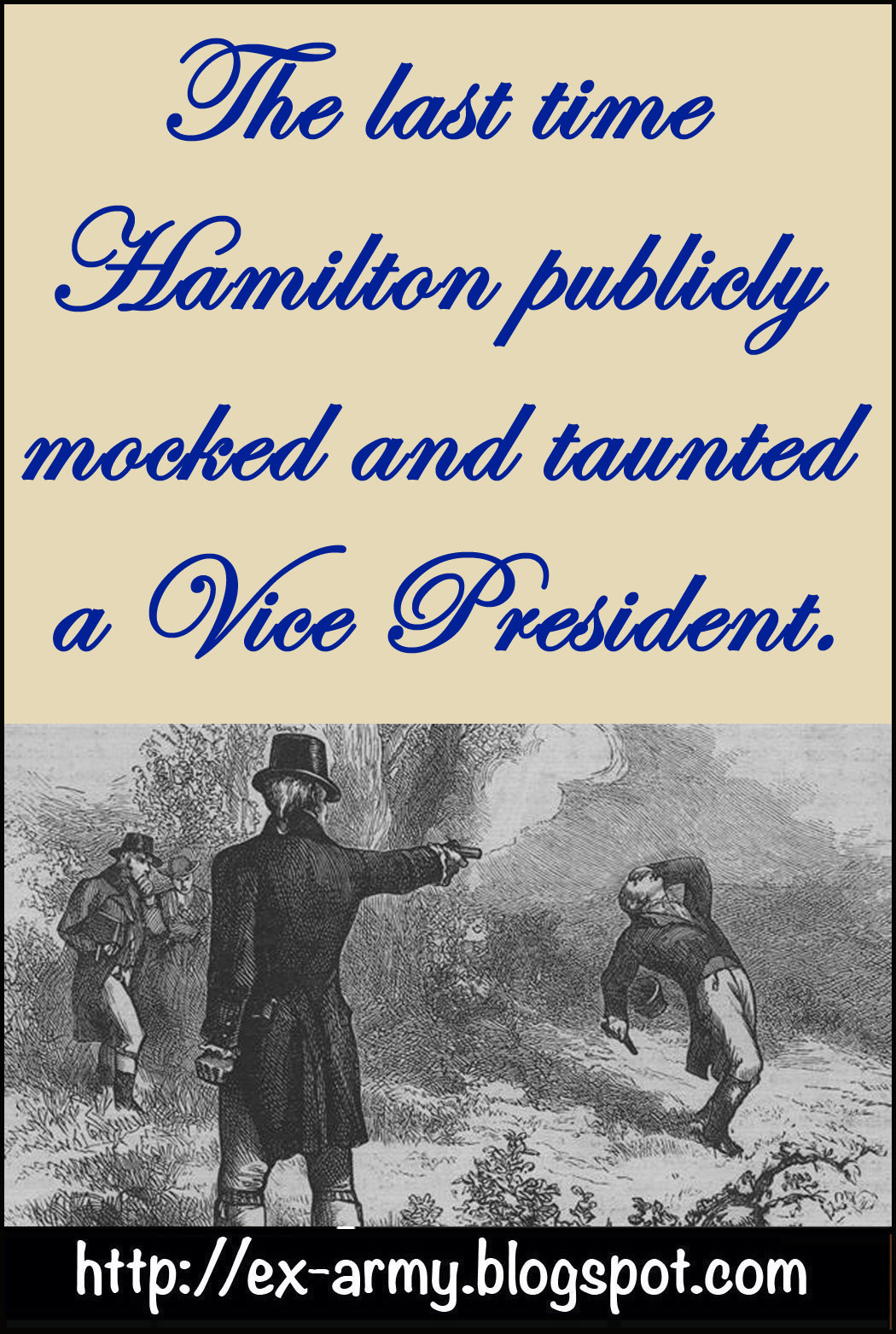 Last night VP-Elect Mike Pence and family took an evening off from the Trump Transition to attend the hottest Broadway musical of the era, Hamilton. The rich people in attendance relentlessly booed Pence for profaning their SWPL Holy-of-Holies with his presence, and the cast lectured Pence from the stage after the final curtain (except that Pence had already slipped out).

“The safety of a republic depends essentially on the energy of a common national sentiment; on a uniformity of principles and habits; on the exemption of the citizens from foreign bias, and prejudice; and on that love of country which will almost invariably be found to be closely connected with birth, education, and family.

“The opinion advanced in [Jefferson's] The Notes on Virginia is undoubtedly correct, that foreigners will generally be apt to bring with them attachments to the persons they have left behind; to the country of their nativity, and to its particular customs and manners. They will also entertain opinions on government congenial with those under which they have lived; or, if they should be led hither from a preference to ours, how extremely unlikely is it that they will bring with them that temperate love of liberty, so essential to real republicanism? There may, as to particular individuals, and at particular times, be occasional exceptions to these remarks, yet such is the general rule. The influx of foreigners must, therefore, tend to produce a heterogeneous compound; to change and corrupt the national spirit; to complicate and confound public opinion; to introduce foreign propensities. In the composition of society, the harmony of the ingredients is all-important, and whatever tends to a discordant intermixture must have an injurious tendency.

“The United States have already felt the evils of incorporating a large number of foreigners into their national mass; by promoting in different classes different predilections in favor of particular foreign nations, and antipathies against others, it has served very much to divide the community and to distract our councils. It has been often likely to compromise the interests of our own country in favor of another. The permanent effect of such a policy will be, that in times of great public danger there will be always a numerous body of men, of whom there may be just grounds of distrust; the suspicion alone will weaken the strength of the nation, but their force may be actually employed in assisting an invader.”

Has anybody noticed that Hamilton’s program was rather Trumpish: protectionism, immigration restriction, infrastructure, and the Electoral College?

By the way, as the strong man of the first cabinet, Hamilton was a big league supporter of the 1790 immigration act that restricted immigration to whites only.