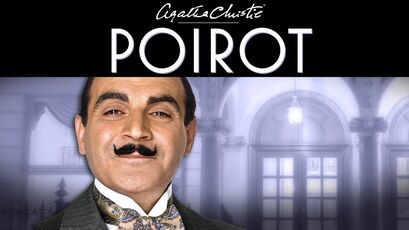 I'm watching episodes of Poirot, the TV series, starring David Suchet as Hercule Poirot, Agatha Christie's famous Belgian detective. It's set in England during the 1920s, and so far all the characters, victims, detectives, neighbors, and servants [!] are white, and except for Poirot himself, most are English. Almost everyone in English was white in the 1930s, with a few exceptions.

I wonder if this is part of the secret of the show's popularity, based on nostalgia for a pre-multicultural Britain, and if there have been complaints about it. I believe Dame Agatha did occasionally include non-white characters, but of course they were not treated with modern political correctness, so they can't be shown.Perhaps later episodes will be different.

By the way, it's not an anomaly, as it is on Law and Order, that all the criminals were white, that was who did commit crimes in Britain in the 1930s. Of course there was much less crime.