AG Holder to MALDEF: Amnesty Is a Civil Right

Attorney General Eric Holder recently voiced a belief that many liberals hold — that entering this country illegally is a human right — but mostly refrain from saying. These days, the extreme anti-borders ideology of the anarchist left is becoming mainstream, at least under the Obama administration. 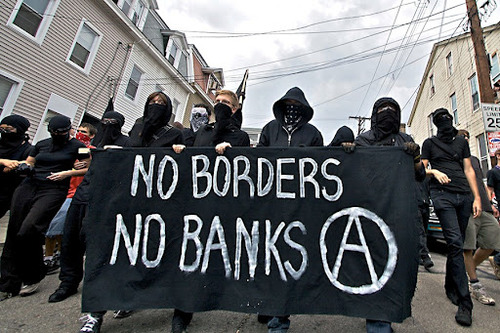 Incidentally, elites of the Catholic church disapprove of borders also: “Any family in economic need has a right to immigrate, that’s our posture,” declared priest Michael Seifert regarding a Texas protest.

Still, the idea of national sovereignty has many defenders among the little citizens who continue to revere the Constitution despite the globalist future pushed by elites in government and in the press.

Nevertheless, the top law enforcement officer in the nation spoke openly in support of the anti-borders, anti-law agenda:

Holder was addressing a friendly crowd (“committed partners”), the Mexican American Legal Defense and Educational Fund (MALDEF) on the occasion of their annual awards banquet last Wednesday. You can WATCH the entire 18-minute speech on C-SPAN. He discussed a medley of topics close to raza hearts, like the voting rights act, but the major theme was the redefinition of immigration from a lawful procedure controlled by the government to a lifestyle choice appropriately made by the billions of poor people on earth to relocate at will to any country they want.

You can read the text of the speech online: Attorney General Eric Holder Speaks at the Mexican American Legal Defense and Educational Fund Awards Gala 2013. Following is the quote on the subject of amnesty as a civil right, which means rewarding foreign lawbreakers cannot be opposed:

HOLDER: Creating a pathway to earned citizenship for the 11 million unauthorized immigrants in this country is absolutely essential. The way we treat our friends and neighbors who are undocumented by creating a mechanism for them to earn citizenship and to move out of the shadows transcends the issue of immigration status. This is a matter of civil and human rights. It’s about who we are as a nation, and it goes to the core of our treasured American principle of equal opportunity.