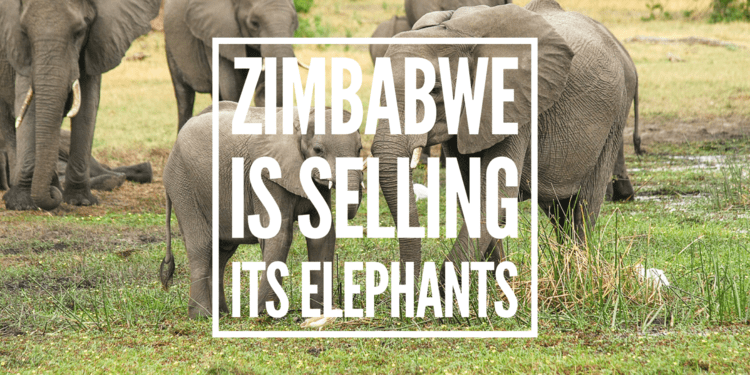 Zimbabwe is selling its elephants to ‘anyone who wants wildlife’

As conflict grows between people and wildlife, African nations gathered on Tuesday to discuss a common elephant management policy

Zimbabwe plans to sell elephants to Angola and is prepared to ship wild animals to any other interested countries as the southern African nation seeks to reduce its elephant population due to growing conflict between people and wildlife.

… Leaders of the four southern African nations that are home to more than half of the world’s African elephants gathered in Zimbabwe on Tuesday to discuss a common management policy and reiterate calls on the Convention on International Trade in Endangered Species to relax some of its rules, including a moratorium on ivory sales.

… The four countries — Zimbabwe, Zambia, Namibia and Botswana — joined forces earlier this year to lobby CITES ahead of a global conference scheduled for August. They say they should be free to decide how to deal with their wildlife, and income from sales of ivory stockpiles can be used for conservation. Botswana says it has too many elephants, while Mupfumira said Zimbabwe had an “excess” of 30,000 of the animals.

Namibian President Hage Geingob and Zambia’s Edgar Lungu told delegates at the summit that the rights of communities living among elephants are being overlooked and there should be a “new deal” with CITES that allows them to benefit from wildlife.

President Mokgweetsi Masisi of Botswana, who oversaw the lifting of a hunting ban in May to enable villagers to shoot some elephants if they destroy crops, made similar comments.

Post
NOTHING About Immigration In Democratic Debate, Because They're All Agreed On Opening The Floodgates
MORE...
POPULAR TAGS