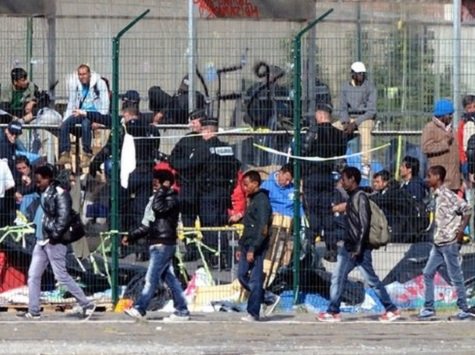 These beggars are certainly choosers!  From Breitbart:

Migrants living rough near the port of Calais in France have turned down free food hand-outs, claiming the food on offer was not spicy enough for their tastes in an incident branded “very disappointing” by charity workers. A small group of the migrants prevented others from taking the food, leading to the food on offer having to be scrapped, the Local has reported.

The food was being handed out by aid charity ‘Salam’. Jean-Claude Lenoir, a worker with the charity described the scene: “The leaders staged a small coup, and prevented the others from coming to eat.”   The food was “a lot less salty and not very spicy” compared with the fare usually on offer, but, Lenoir said, “personally, I think that spices are very expensive, and I find that they're a bit too pampered by now.

“As soon as 15 or 20 refused the meal, I stepped in to tell them if they didn't want the food we could put it away and that it was scandalous.”  He told the migrants gathered that “many people in France don't even have an evening meal,” adding that the charity was happy to provide food to them, but “there are limits with regards to what we can propose.”

The incident highlights a sense of entitlement that some of the migrants, most of whom have travelled from Sudan and Eritrea, appear to have. All of the 1,500 or so migrants camping out around the port of Calais are determined to get to Britain to claim asylum, despite clear EU rules stipulating that refugees must claim asylum in the first EU member state they enter.

The majority will have travelled up through Italy and France to reach the port on the northwest coastline, just 20 miles from the British mainland, and take huge risks trying to make the crossing into the UK clinging to the underside of lorries or in shipping containers.

Yet they feel it is their right to claim asylum in Britain. “Why are we prevented from going to Britain after coming all the way up here?” asked Nasir, a Sudanese national who took part in a demonstration over the summer following a police crackdown on the shanty towns that have been springing up.