Isn’t diversity grand?  I expect we will see more from the cultural enrichers Biden has airlifted to America.

As I said the other day when I posted this story, you would think these "new Americans" could control themselves at least until they are free in a town near you!

They are "not sending their best". Where have we heard that before? Probably from the same guy who said "and they're rapists." https://t.co/ixIKGTVRDL

From the La Crosse Tribune: 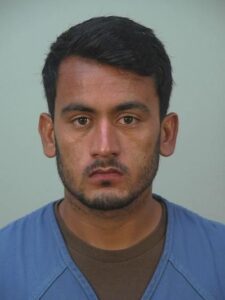 An Afghan man charged Wednesday with engaging in sexual acts with a child had been abusing two boys, ages 12 and 14, in a bathroom and housing area of the Fort McCoy military base in western Wisconsin, an affidavit alleges.

Bahrullah Noori, 20, appeared Thursday in federal court in Madison on the child sexual assault charges. Noori, who has not yet entered a plea, will remain in the Dane County Jail as the case proceeds.

According to the affidavits:

Another Afghan man, who was not identified, told investigators on Sept. 11 that Noori was molesting the 12-year-old and 14-year-old boys. The abuse had been happening over the previous two weeks.

The man told the FBI he walked into the bathroom in the early morning hours of Sept. 11 and saw Noori taking off the clothes of the 14-year-old and trying to have sex with him. The same day, the man came into the bathroom to find Noori kissing the 12-year-old.

The FBI said the man did not have any feud or dispute with Noori prior to the complaint and seemed credible as a witness.

Both boys told investigators Noori had touched them inappropriately, kissed and bit them and said he would beat them if they told anyone about the sexual abuse.

Noori is facing three counts of engaging in sexual acts with a minor, including one involving the use of force. He also is charged with a fourth count of attempting to engage in such acts with a minor while using force.

What do you think the odds are that creeps like this guy will ever be deported back to Afghanistan?  It will never happen!

Welcome to the practice of Bacha Bazi !

I’ve written about the Afghan sexual practice a few times over the years at RRW.  Here is one post from 2015 to get your education started!

Editor:  Apologies from me for not being able to keep up with everyone’s requests for information.  I am overloaded on all fronts as I try to maintain some balance in my life.  Some of you have noticed that I have deactivated my Facebook page—yes, I have.

My e-mail boxes are full and overflowing! The very best way to reach me is to send a comment to this post if there is something you want me to see.  I do review and moderate comments every day or so, and if you have sent me  some information that is off topic, I won’t post it, but will see it.

[Crossposted from Frauds, Crooks and Criminals, where you can comment.]